Tony Jones is a veteran television and radio current affairs journalist with many high profile roles under his belt. He is currently the host of Lateline which is aired on Wednesday and Thursday nights, and also Q&A. Tony is well-known for his roles as a reporter on Foreign Correspondent and Four Corners. 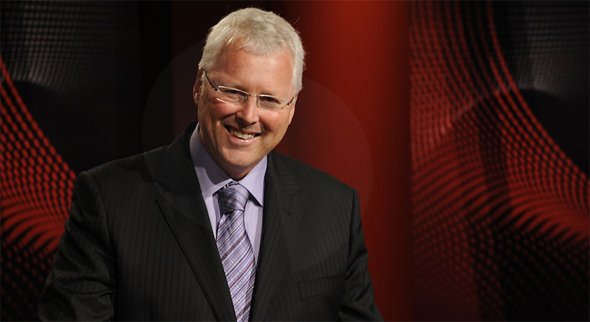 In 1990 Tony embarked on an adventure overseas to cover multiple hard hitting stories as a foreign affairs correspondent for the ABC. He went to London to cover the fall of communism in Eastern Europe, both the Gulf War and the war in Yugoslavia, the sieges and battles of the Mujahideen in Kabul, and also the collapse of the apartheid which brought about the end of the racial segregation in South Africa.

Tony’s accomplishments in journalism have earned him numerous prestigious awards, including a Gold Medal at the New York Film and Television Festival for his documentary Frozen Asset, which revealed the fragility and raw beauty of Antarctica. This resulted in Australia taking a monumental stand against the mining and exploitation of the continent. He also won a Penguin Award for ‘My City of Sydney’ an intriguing insight into the city’s development boom, and became a recipient of a Walkley Award for ‘Horses for Courses’, a fascinating piece about the Waterhouse racing dynasty.

In 2005 Tony was recognised as one of the most renowned journalists in the country, with electronic magazine website Crikey awarding him Outstanding Media Practitioner of the Year. According to Crikey, Tony deserved the win for his ‘ferocious intelligence, polite calmness, [being a] dogged interrogator, deep political instincts, juggling the running agenda, [and having] a great sense of context… Lateline without Tony Jones is a perfectly adequate late night news review; with Jones it is a world-class piece of television.’