With a background in commercial radio and television, Tim Ross has extensive experience as a presenter, MC and interviewer. 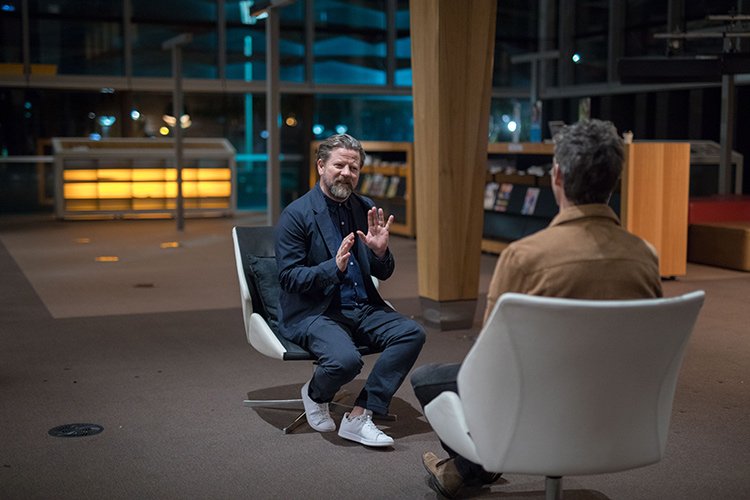 His professionalism and wit is an asset to any event, including awards presentations, conferences and industry events. 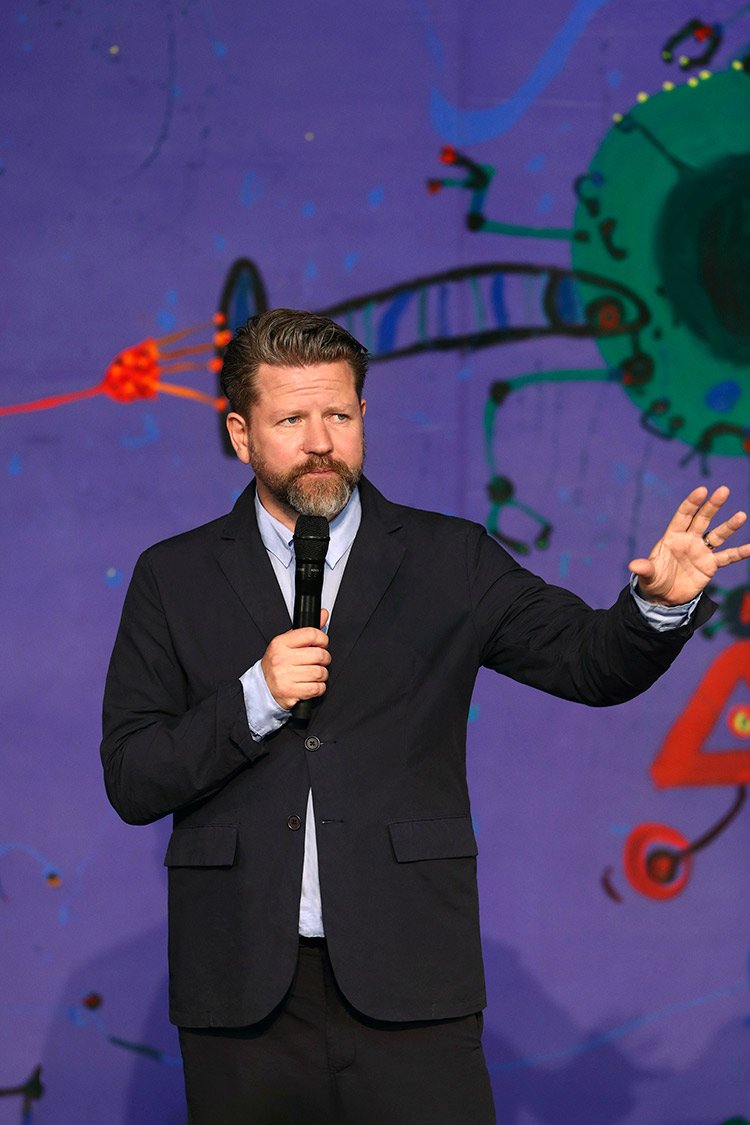 He may be best known for his work on TV and radio (at different times hosting both the number one breakfast and drive shows in Sydney) but comedian Tim Ross has also always had a passion for architecture and design.

Tim passionately supports important issues in Australian architecture and design, in particular the ‘Save Our Sirius’ campaign, fighting alongside the local community to protect Sydney’s now neglected modernist apartment building, Sirius. In 2018 Tim was awarded the National Trust Heritage Award for Advocacy, which recognised his activism in drawing attention to Australia’s legacy of modernist architecture and promoting its conservation.

In 2019 Tim was awarded the National President’s Prize from the Australian Institute of Architects, to “recognise him for his advocacy, activism and outstanding contribution to the architecture profession”.

Tim’s interest in architecture has led to speaking engagements such as the Heritage Address in Melbourne and the prestigious Griffin Lecture at the National Press Club in Canberra.

Tim’s two-part series on Australian architecture, Streets of Your Town, premiered on ABC TV in November 2016 to rave reviews, and quickly became the most watched arts program on the ABC for the year. 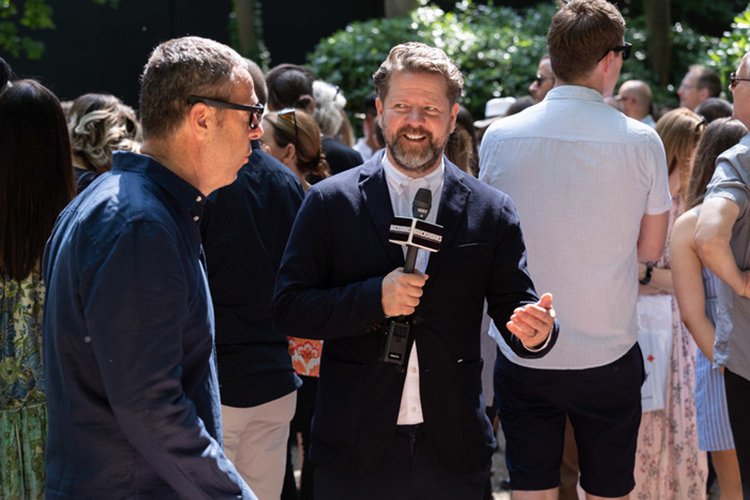 Tim has been invited to speak at numerous events including Sydney Design Festival, Melbourne Design Week, London Architecture Festival, Culture of Lates Conference in London, the Heritage Address in Melbourne and the prestigious Griffin Lecture by the Australian Institute of Architects. 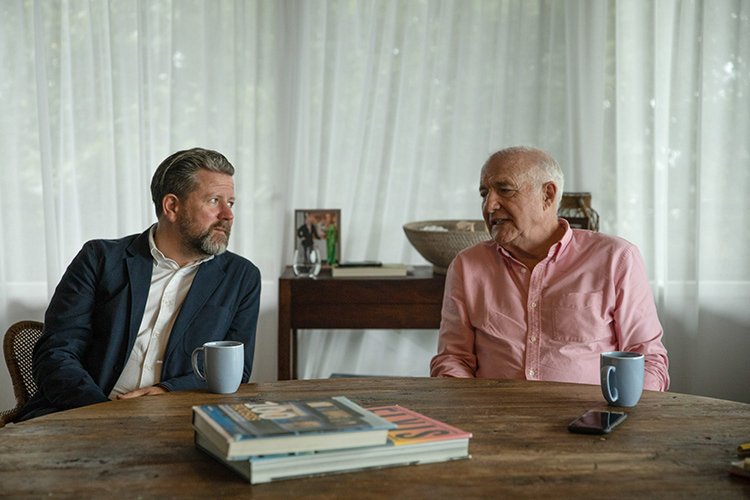 Tim Ross has worked with many corporate clients, to help create engaging, interesting and entertaining content. This includes the Built with Brickworks film series, highlighting outstanding architecture in brick and creating short films to showcase the architects and their work.

Tim has worked closely with the Sydney Opera House and National Gallery of Australia to create podcast series. In 2020, Tim worked with Destination NSW to create a campaign of intriguing films on Sydney and regional NSW.

Working closely together, Tim Ross can add value in creative ideas and deliver unique and engaging content to connect you with your audience.

Devised in 2012, Man About the House is an evolving theatrical show performed in architecturally significant buildings. Equal parts storytelling, comedy, music and architecture, it is designed to give the audience member a chance to enjoy the performance and revel in being within an extraordinary space.

This show is constantly evolving and has been performed across Australia, New Zealand, UK, and the US.

A spin-off of Man About the House, this show collaborates with artists to transform and reimagine Mid Century buildings with art, film and furniture installations. Venues have included the BT Tower in London, the brutalist Wickham Terrace car park in Brisbane and ICI House in Melbourne (see video below).

Debuting at the Powerhouse (MAAS) Museum in Sydney in 2018, Design Nation brings together outstanding examples of Australian ingenuity and innovation from the MAAS Collection. Many of these objects are mainstays in Australian households — the Dolphin torch, Staysharp knife and Esky — yet we tend to take them for granted.

Through an exhibition and series of audio interviews and recordings, Tim invites us to rediscover these ubiquitous, everyday objects of Australian design. He reveals previously untold stories and design narratives to show how our unique design history has helped shape our national identity.

How Much for the Green Chair with the Wooden Legs? Talk. Tim Ross.

The Battle to Save Sirius. Talk. Tim Ross.

In 2016, the New South Wales government ignored advice from its own Heritage Council and refused calls to heritage list Sirius, the iconic Brutalist building overlooking the Harbour in Sydney’s historic Rocks precinct. Designed in 1979 by Tao Gofers, it was the last and arguably most successful of Australia’s experiments with high-rise public housing.

With its former tenants having been moved on and a sale of the site imminent so the government can achieve its real aim of demolition, the Save Our Sirius Foundation was formed.

One of its members is comedian, writer, television presenter and self-described ‘design nerd’ Tim Ross. In this talk, Tim shares the fascinating story of this much loved building, the loss it would represent to Australia’s legacy of forward-thinking design and the spirited battle to save it.

Set in iconic motels around Australia, the latest show is inspired by road trips without air conditioning, collapsing folding beds, Paddle Pop sticks stuffed down the back seat of the car, variety packs of cereal, sunburn on sunburn, a banana lounge for a bed in an annexe, Chinese restaurants in country towns and pods of long-life milk.

After debuting with a sell-out season for Sydney Design Week in 2019 at a 1970s motel in suburban Strathfield, this experiential show continues to take audiences on a sentimental, informative journey through Australian holidays of the recent past.