Tim Finn has enjoyed a unique and remarkable career. From his time with pop pioneers Split Enz (which he co-founded) and Crowded House to a successful solo career, Finn has shown no signs of slowing down, in the process penning such classics as Six Months In A Leaky Boat, Weather With You (with brother Neil Finn) and Persuasion (with Richard Thompson). 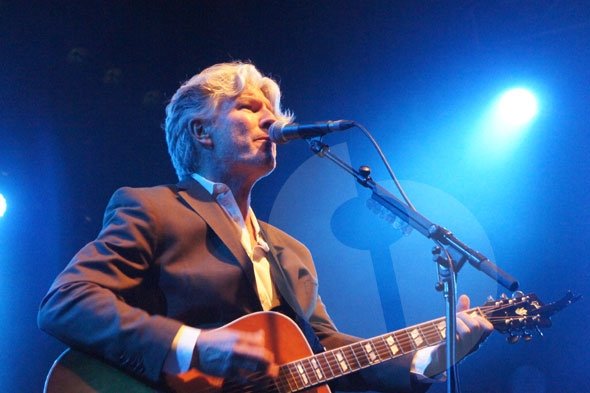 Even his Anthology album (North, South, East, West) features new material and collaborations as well as re-workings of classic Finn songs. Tim Finn still has a need to be creative and inspired. It’s also transferred to the stage where in recent times he’s delivered career-defining performances at festivals such as Homebake and Bluesfest.

He’s also recently sold out shows in LA, New York and London. It’s no wonder then, that music artists Eddie Vedder, Ben Harper, pop culture author Bret Easton Ellis and members of Radiohead all have nothing but respect for Tim Finn.

Jacquire King has catapulted to prominence having worked with multi platinum US band Kings Of Leon. King and Kings Of Leon won a Grammy Award this year for Record Of The Year, Use Somebody, taken from the album Only By The Night. Jacquire King has again teamed up with the band for their new Come Around Sundown album released this month. King has previously worked with Tom Waits, Norah Jones, Cold War Kids and Modest Mouse. He remains one of the most in-demand producers and mixers in world.

Both Jacquire King and Tim Finn are at significant crossroads in their careers. For Finn, recording a new studio album amid the turmoil of today’s music industry is a challenge enough. For King, it’s a case of trusting gut instinct and sharing in an adventure with a great songwriter on the other side of the world. Both go into this new album project with open minds and a collective spirit.

We invite you to join them on the journey.