Transitioning from being an expert speed skater to an expert motivational speaker, MC and after dinner entertainer has been an interesting ride over the last 10 years. Steven Bradbury has presented at over 800 conferences and events in 15 countries and still loves it. He loves the adrenalin before going onstage and loves that his strategies for success in business and in life are able to inspire and help people. 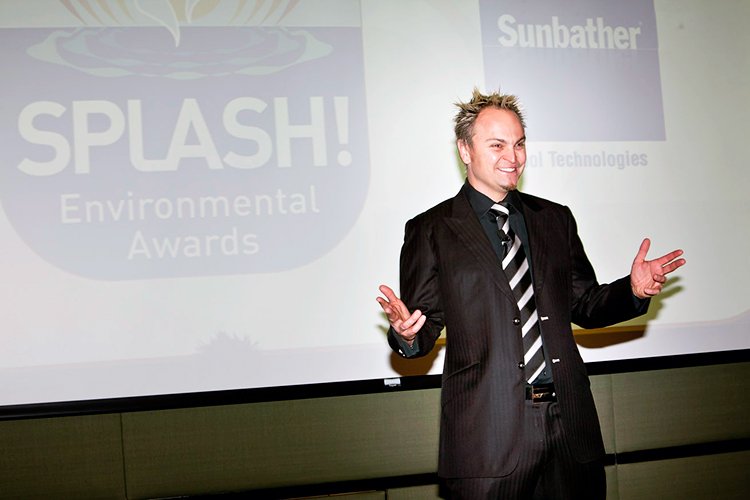 Can I just start by saying how brilliant you were yesterday! Such an honour to hear and learn from your story – truly inspiring. Accepting the gold medal for 12 years, not 90 seconds speaks volumes for your maturity and given how hard I work, I know that I am not defined by one day!Pip Marlow – Microsoft Australia Managing Director

Steven Bradbury was the first Australian to win a gold medal in the 2002 Winter Olympics after winning the 1000m short track speed skating event, and was also a part of the short track relay team who won a bronze medal in 1994.

His career was forged by his perseverance and determination to succeed, and Steven uses that same mindset as a motivational speaker. He doesn’t like to use the term motivational speaker, as he believes it sounds “un-Australian”, instead preferring to call himself a real life speaker. Steven speaks from the heart using his real life experiences of injury, willpower and achievements to motivate and inspire others.

Steven’s story resonates with many Australians who have battled tough times to ultimately achieve their goals, and it’s this familiarity combined with his down to earth and warm persona, which is an effective “ice breaker” with his audience.

Steven has learnt many strategies for success from his experience in both sport and business. His goal as a motivational speaker is to impart a “never give up” attitude within your team, and achieve lasting results. 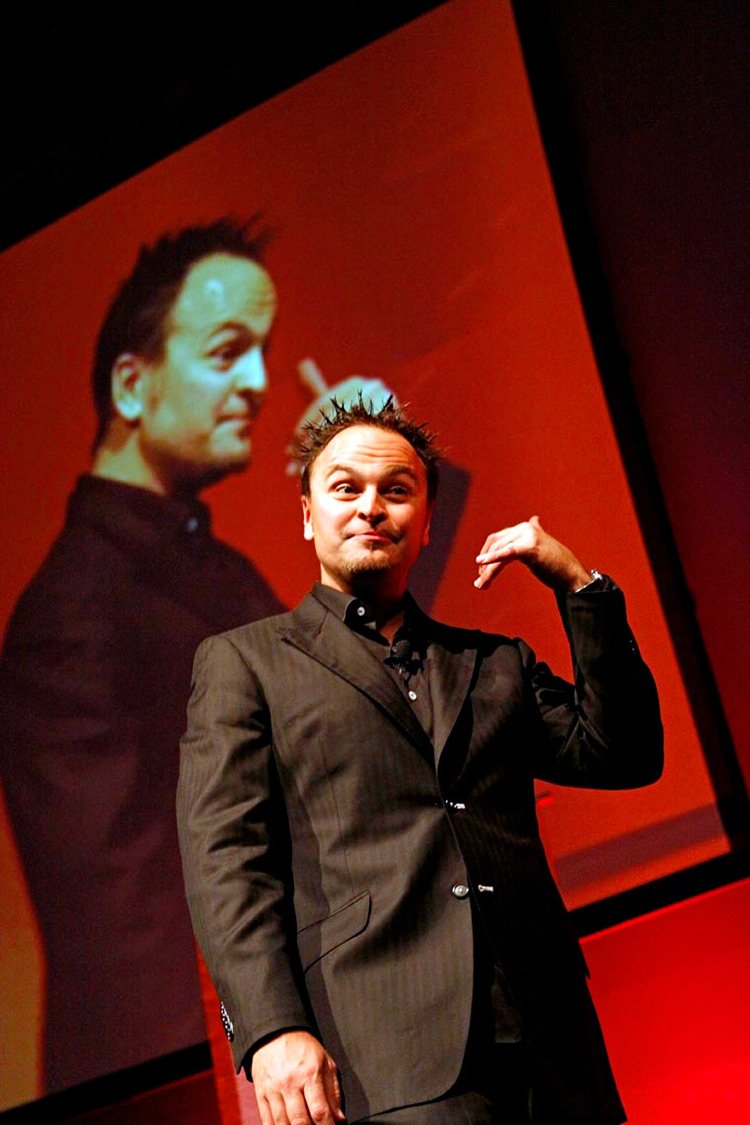 Steven has been working with comedian Fred Lang and fine tuning his comedic ability, which has produced many speaking bookings due to his comedy prowess and also the celebrity angle. His Olympic stories, childhood tales and fatherhood anecdotes make him a great choice as an after dinner speaker, as does his adaptability and extensive entertainment skills.

Over the last decade, Steven Bradbury has spoken to a diverse range of people, including politicians, council workers, Olympians, fashion designers, the Wallabies, plumbers, CEO’s, accountants and school kids – making him an ideal sports speaker and MC for any audience.

Steven as Master of Ceremonies

Steven, Thank you so much for your wonderful job as our MC. The way you weaved humour and warmth in amongst our business speakers was exactly what the night needed.Kate Throwden, AMP

Steven enjoys the role of MC (Master of Ceremonies) and his vast experience onstage allows him to be relaxed, informative and entertaining. Steven is one of Australia’s most well known Olympic Champions and adds the celebrity angle to any event.

An MC needs to do more than simply introduce the next speaker. The MC needs to engage the audience, be able to work a room, feed off the energy or create energy The MC should also have the skills to convey the clients intended message to the audience. Steven has been honing his skills for 8 years and is keen to do more. 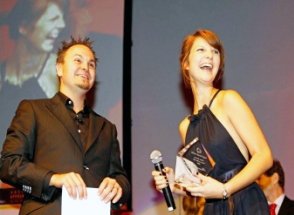 The role of MC (Master of Ceremonies) requires preparation and Steven always works with clients prior to the event to ensure no detail has been overlooked.

Combining Steven as both MC and Motivational Speaker or Entertainer at the same event is becoming popular. This dual role allows you to save some of your event budget for something else.

It was great listening to Steve’s presentation. Probably the best I have seen in 40 years!Prof. Ron Bewley, CIO, CBA

Just another sports speaker? No way! Steven Bradbury is a professional He has presented at more than 800 events worldwide and knows his way around a stage like he used to know his way around an ice rink.

When he was a professional ice skater Steven’s leg was impaled by a rival’s blade which caused him to lose four litres of blood on the ice in 60 seconds, and suffered a broken neck. He trained five hours a day, six days a week for 12 years to become an overnight success and the Southern Hemisphere’s first Winter Olympic Gold Medalist. 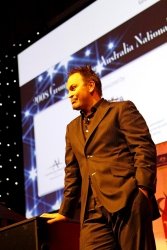 Today Steven’s passion is motivating his audience. He loves it. Particularly the adrenalin before going onstage. He works with a professional speechwriter and a comedian to hone his presentation slides and material to suit each client’s individual needs. Steven also used the life skills learned through sport in business. Skaters wearing custom made carbon-fibre boots built by Steven and the Revolutionary Boot Company won a dozen Olympic medals and RBC exported custom made cycling shoes to 23 countries.

For any organisation needing an injection of passion, a lesson in persistence, teamwork, positive mindset and sustaining a culture of success and a few laughs, Steven is a ‘must see’.

His motivational speaking presentation entitled ‘Last Man Standing’ can be tailored to specific client themes or objectives and includes:

Steven’s presentation was great. It was delivered well and contained the right amount of humor and business references to suit the audience.Mike Buzzard, BHP

The story leading up to the Gold Medal win is what makes Steven’s motivational presentation memorable and unique. His story touches a chord with people from all walks of life and is a prime example to all that if you “stick it out”, you too can be the last man standing.

“Initial reaction was why is Steven here – once he started talking it became clear. His life experiences were very motivating and just what this forum needed.”