As Australia’s most promising pop ingénue, all eyes are on Samantha Jade. Despite the US music industry trying to steal her away from us (with an international multiple album record deal), a twist of fate has ensured Australia has her back in our arms. Her Australian debut album (a self-titled collection of cover songs) and three consecutive 2013 single releases were certified smash hits, and now Samantha Jade is ready to turn it “Up!” with her next big hit album, “Nine”. 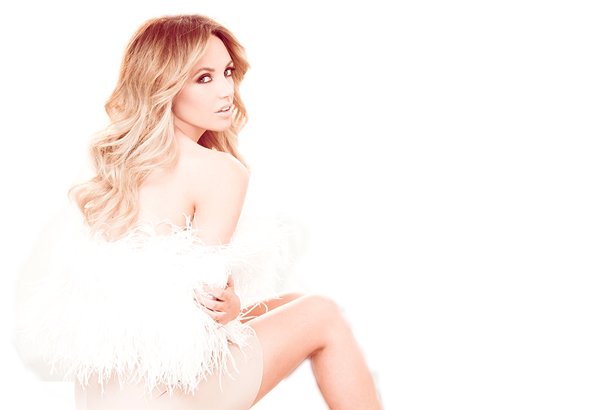 “It feels like I’ve been away from music for a little bit, but actually I’ve been working on new material in the studio, as well as doing a few corporate projects, and of course filming the INXS mini-series,” Samantha says, talking about her career progression over the last year.

Nowadays audiences are used to seeing popstars and TV talent-show winners pump out music at a rapid pace to cash in on their popularity and 15-minutes of fame. Samantha Jade stands apart from the pop-wannabes with her talent and poise, and is much more focused on building her career with care and attention-to-detail.

Samantha Jade is clearly on an ascendance to greater heights. Her debut single “What You’ve Done To Me” was a #1 triple-platinum hit in Australia, and her follow-up singles “Firestarter” and “Soldier” went on to secure platinum accreditation, and she also managed to score a #1 Airplay and Top 10 single in Russia along the way. The momentum for Samantha’s career is unquestionable, and with the release of her new single “Up!”, it looks like her pop stardom is on the verge of a stratospheric explosion.

Co-written and produced by LA-based Zac Poor (Jonas Brothers) and Mario Marchetti (Demi Lovato), “Up!” is an unquestionably-irresistible slice of euphoric pop/dance with a fun, infectious hook, created specifically with Samantha’s energy in mind. “Zac is like my best friend in the world. We’ve known each other for about seven years, and he and I use to write together in LA when I lived there. He came over to Australia to hang out and we ended up writing the song together in the studio. After “Soldier” being so intense and emotional I wanted to do something more up and energetic. I wanted to go back to that really pop, fun place of “What You’ve Done To Me”, and we really managed to find that spirit again.”

Earlier this year Samantha Jade also captured Australia’s attention and imagination, in her role as Kylie Minogue in the INXS TV mini-series Never Tear Us Apart. In an honest appreciation – and as a fan – of both Michael Hutchence and INXS, she recently recorded a studio version of the INXS hit “Never Tear Us Apart” which will now be made available as part of the “Up!” single release. Clearly without capitalizing on the TV event, but more as a mark of respect and a nod to her involvement in the project, the recording is a stark and emotive tribute to the incredible songwriting of INXS.

“I did a show for Australia Day and they wanted me to sing an Australian classic. The INXS mini-series was scheduled to air the following month, so I decided to do, not a Kylie song, but an INXS song, in honor of them. The response was really great, and then I performed it on Sunrise, and it was then suggested that I record a studio version of it. We didn’t want to release it around the INXS television-airing because we didn’t want it to become about that – we just wanted it to be a low-key tribute to that beautiful song.”

Confirming the energy and excitement that Samantha Jade brings to her new single “Up!”, the song has also just been selected as the official anthem for the Socceroos, who will compete in Brazil this June, and Samantha will get the opportunity to perform it live at their send-off game against South Africa on May 26 at ANZ Stadium. “It’s really cool that my new single will get to accompany the excitement surrounding the Socceroos and the World Cup,” Jade says. “”Up!” Is a celebration-type record – it’s about turning up the night and making the most out of things, so it’s a perfect match for the Socceroos.”

As “Up!” returns the attention to Samantha Jade’s sparkling pop career, she continues to put the finishing touches to her long-awaited official debut music artist album. “We’re very close to finishing up work on the album, but we’ve had a few delays, and my mum hasn’t been very well so the timeline has shifted a bit,” she reveals honestly. “The songs are all going to be under the pop umbrella – there are ballads, there are songs that are acoustic, mid-tempos, up-tempo club sounds; there is a lot of variety, but it’s all definitely pop at the end of the day.”

In the meantime, it’s time to celebrate and follow Samantha Jade’s lead, and turn it “Up!”. Her latest album is titled “Nine”, available now.