Contemporary Australian Illusionist Sam Powers is a spectacular showman with a style and flair all his own. His visually compelling feats have been refined to perfection, making illusions once pioneered by great magicians of old fresh and accessible to modern audiences. With five ‘Magician of the Year’ awards to his name, he has performed in 16 countries across the globe. Sam Powers is internationally recognised as having the most innovative, commercial and high impact corporate entertainment show on the market, finely tuned through 2000 performances in the last six years alone… but don’t believe us! 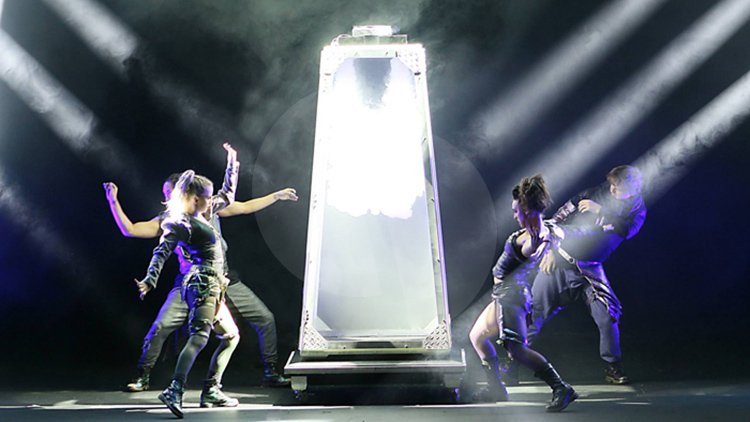 OMG that was amazing!Geri Halliwell 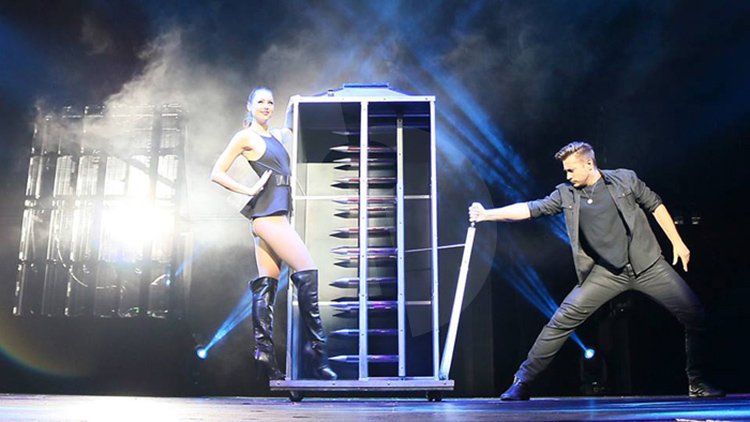 How on EARTH does he do it?Herald Sun

After completing a record breaking 2000 shows at the Reef Hotel Casino, Sam shot to fame reaching the Grand Final of the hit TV show ‘Australia’s Got Talent’, seen by millions around the world. He now stars alongside six of the industry’s greatest illusionists onstage in the biggest magic show on the planet, ‘The Illusionists 2.0’ world tour. 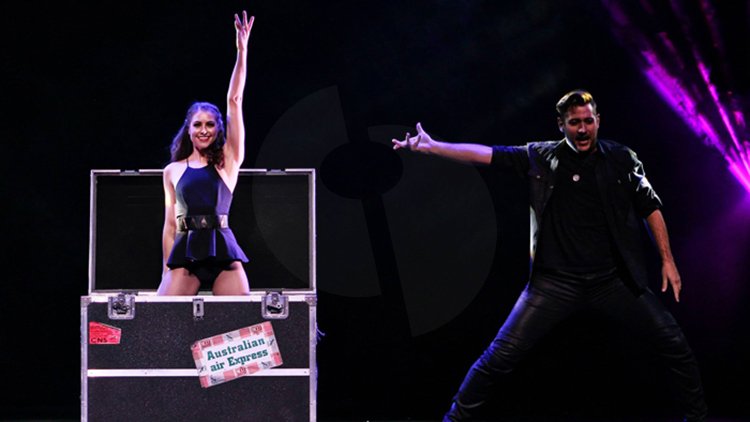 Sam Powers has custom show packages available to suit your event, no matter how large or small, whether you’re in Sydney, Melbourne, Brisbane or anywhere in Australia and across the globe. His client list reads like a who’s who of the entertainment industry having performed for some of worlds biggest celebrities at A-List private events ranging from cocktail parties with the Prime Minister, Nicole Kidman and Jamie Foxx to the multi-million dollar Packer wedding and Elton John’s Oscars party. From intimate cocktail parties for twenty guests to the most elaborate stage production for thousands, we will provide a powerful entertainment solution with the wow factor to make your event an unforgettable success, guaranteed.

Performing 400 shows a year, Powers is Australia’s busiest and most highly sought after illusionist.

Prepare to be mesmerised by Sam Powers and his stunning assistants, as seen in 16 countries around the globe.

An electrifying performance of the most spectacular stage illusions you will ever see. Suitable for larger groups, this brilliantly choreographed production has the ‘wow’ factor that is guaranteed to blow your guests away.

Experience the witty and wacky side of Sam Powers that will leave your guests in stitches.

This intimate yet high-impact performance will be talked about long after your event.

Close-up magic is the perfect icebreaker, where Sam mingles with your guests and blow their minds. It’s ideal for cocktail parties and pre-dinner entertainment where the magic happens inside your hands and right in front of your eyes.