Add Robbie Maddison to my Shortlist

Robbie Maddison is one of the biggest names in freestyle motocross. He is constantly pushing the boundaries of his sport, attempting feats that no-one has attempted before and fast etching his name in the history books. 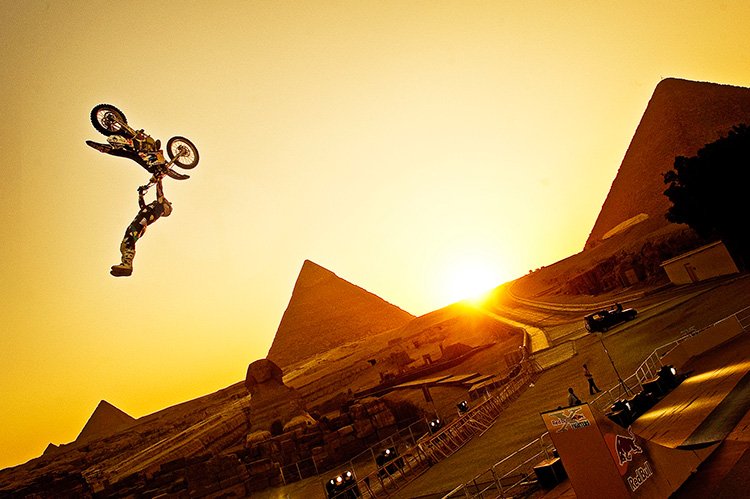 Daredevil and motorbike enthusiast, Robbie Maddison, also known as ‘Maddo’ has made a career risking his life to pursue his passion. Born in Kiama, on the NSW South Coast, Robbie developed his fondness of riding by competing in national motocross events throughout high school. Robbie likes to joke that he was ‘born on a bike’ and came into the world ‘doing a no-hander onto the delivery table’. It is not far from the truth. 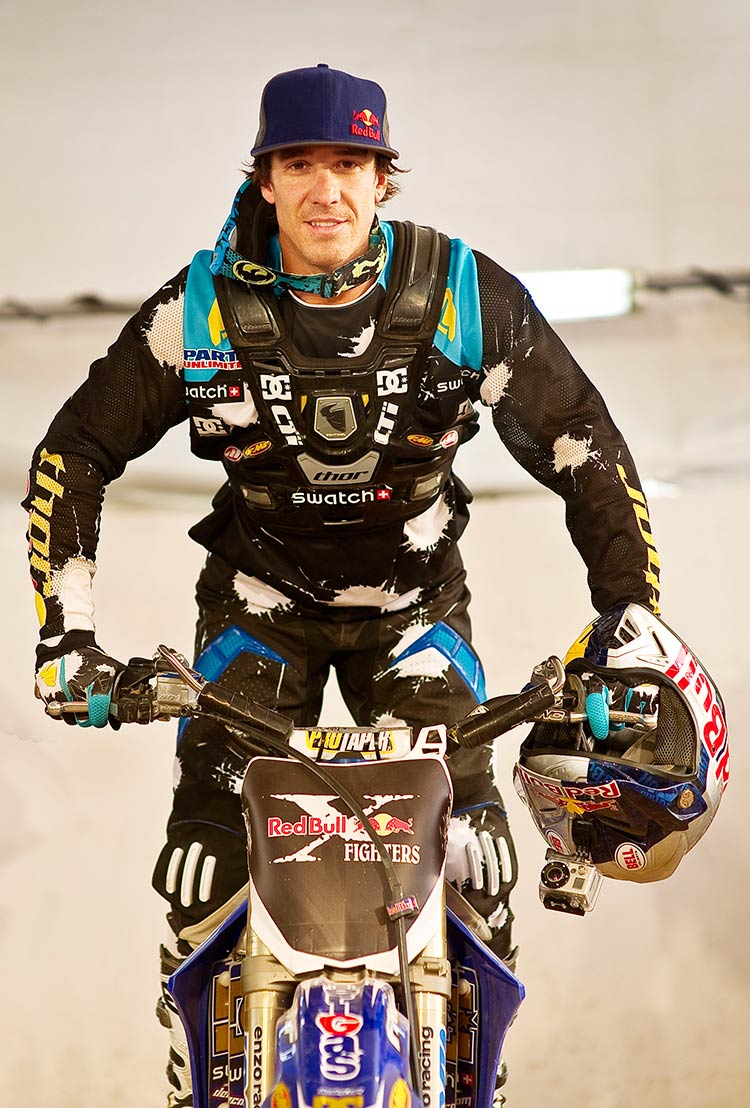 He started riding at age four, and became Australia’s national amateur champion at sixteen. After leaving school, Robbie decided to undertake an electrician apprenticeship. However, in 2002, while flipping through a magazine he saw pictures of his old heroes doing a new sport called FMX, so he went out on his bike and played around with a few of the tricks he had read, and from that day on he was hooked. Now, with more than a decade of amateur racing behind him, Robbie has emerged as one of the biggest names in freestyle motocross.

Between 2003 and 2007 saw Robbie rapidly rose through the FMX ranks. After placing first in ‘King of the Coast’ in 2003, 2004 and 2005, Robbie soon picked up the name ‘King’. It was then in 2005 that Robbie began his campaign for setting world records, when he claimed two distance records in just the one year.

Robbie gives some credit for his success to a serious leg break he suffered in 2007 at a Red Bull X-Fighters event in Ireland; “It helped me refocus on how important this whole adventure around the world is to me. In the end it fired me up more than ever, so it was a blessing in disguise”.

It was then on New Years Eve 2007, the exact day 40 years on from Evel Knievel’s famous fountain jump at the Caesars Palace, that saw Madison jump his motorcycle 322 feet, 7.5 inches across a football field to break the world record at the Rio Hotel in Las Vegas. 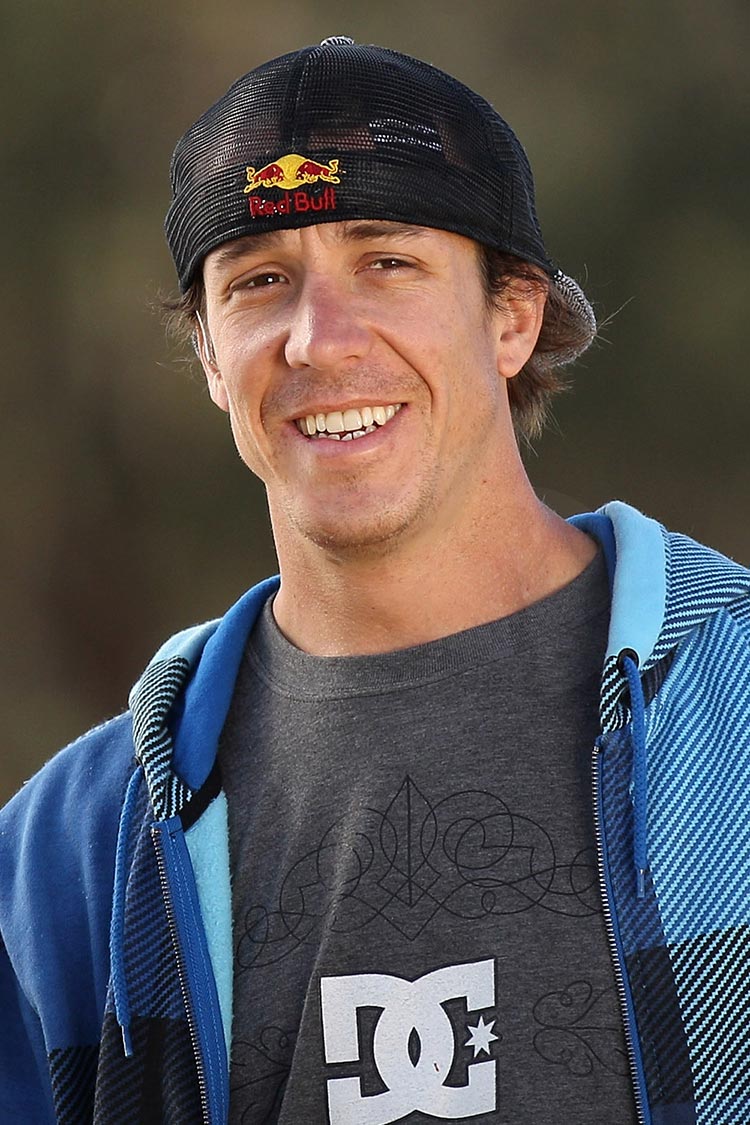 A few months later, the daredevil broke his own record twice at the Crusty Demons Night of World records where Robbie travelled an incredible distance of 350.98 feet. 2008 saw Robbie continuing to prove his excellence in the sport, by placing consistently well in the Red Bull X-Fighters series.

2009 revealed Robbie’s hunger for first place when he won the Red Bull XFighter competition in Calgary and later finished first in the Red Bull XFighters Madrid ‘Best Trick’ category. The Australian stuntman’s success continued to grow when he performed a dangerous jump, watched by millions around the world, off the Paris Casino’s Arc de Triomphe in Las Vegas.

2010 saw Robbie be the first rider to jump the 279 foot wide death-defying Corinth Canal in Greece. Robbie also won the Red Bull XFighters event in Madrid pulling off a new trick called the ‘The Volt Body Varial’. Robbie followed this up the next week with a silver medal in the Best Trick competition at the 2010 X Games in Los Angeles.

In 2011 at the Red Bull New Year event, Robbie Maddison unofficially broke the world record for distance jumped on a motorcycle during a practice jump. Maddison jumped 392 feet, breaking the record by 1 foot.

The determined sports icon and stunt rider believes that his biggest accomplishment still lies ahead of him. Robbie says his mind is full of new ideas for where to take his riding and new thrills. The daredevil’s next challenge is to prove he can win the top spot at his personal favourite competition, the international Red Bull XFighter series. When he is not on his bike, you will most likely find him spending time with his wife, Amy, or with his trainer Ryan Hughes, a former motocross racing champion and Maddison’s personal hero and mentor. Robbie is also a big supporter of the charities, Wings for Life for the Spinal Cord Research Foundation; Athletic Recovery Fund and Mission Australia.

Add Robbie Maddison to my Shortlist