Rob Carlton has the ability to authentically connect with audiences, shape and deliver key business messages and elevate your event into an entertaining, insightful and meaningful experience. 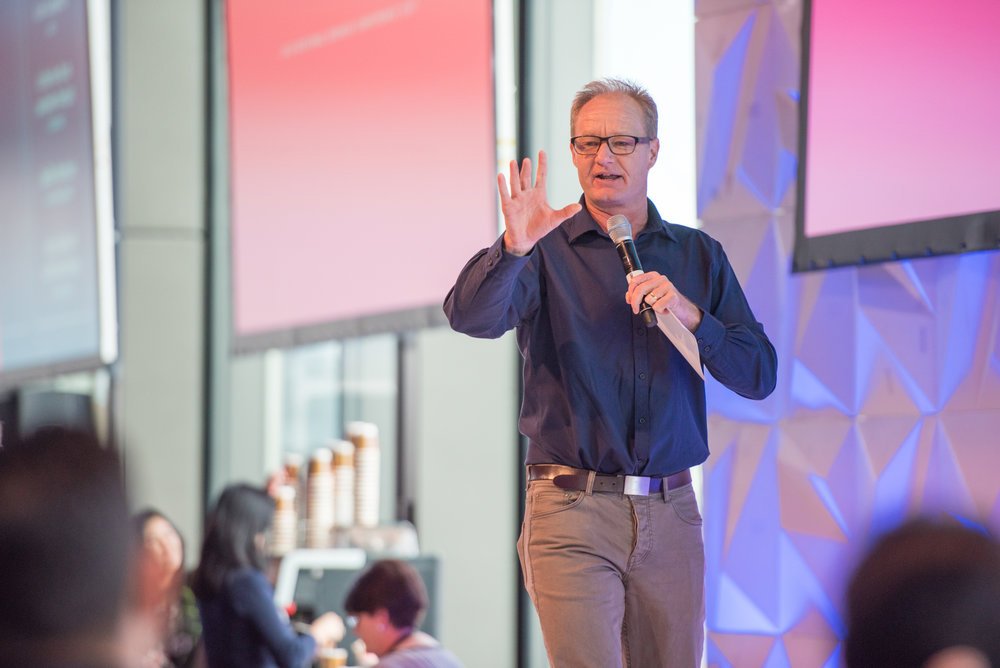 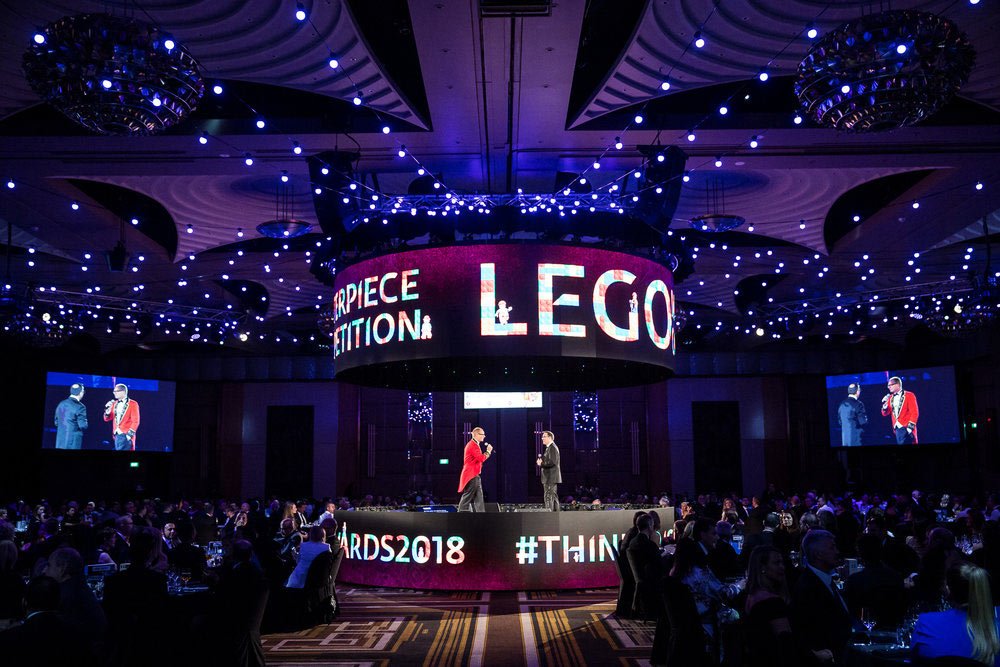 With a mix of both arts and business experience as well as lived understanding, Rob is uniquely placed to be completely trusted by any audience.

Rob Carlton is highly respected on the corporate stage where he constantly impresses as master of ceremonies, facilitator, debater and host for corporate events. He is also a well recognised actor, director, writer and producer.

Rob’s breakout role as Kerry Packer in the Paper Giants Franchise, along with the Silver Logie he won for his performance, cemented his place as one of the most respected actors on Australian TV.

Rob has been hosting corporate events now for over 15 years. During that time he has built up a long list of loyal clients spanning Telco’s, Financial Services, Pharmaceuticals, Retailers, Manufacturers, Hospitality, Insurers, Medicos and Franchise Operations. Rob has hosted everything from awards nights to complex business sessions, introduced Governors, Governor Generals and Deputy Prime Ministers, conducted one on one interviews with the Australian of the Year, presented at the Logies and AACTA awards, run brainstorming sessions, strategy sessions, debates, even hypotheticals.

He is proactive about getting the right brief from the right personnel so he can work most effectively alongside you. He also works with speakers to help them deliver their best.

Rob’s clients re-engage him year after year to host their events. Recent events include the sales kick offs and conferences for Microsoft, Woolworths, Parmalat, Optus, AFG and CGU. 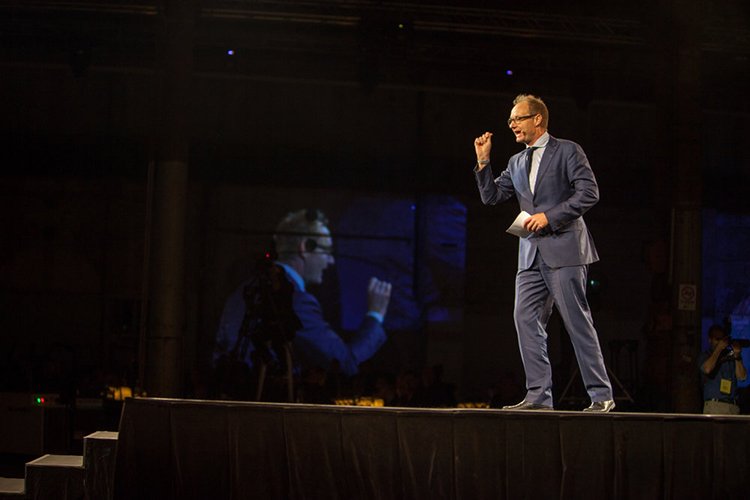 Rob continues to impress both us and our audiences with his no-nonsense, polished and punchy delivery. His research of both the client and audience is impeccable and his delivery throughout proceedings is seamless.Mark Hewitt, GM Sales and Operations, AFG

Rob Carlton, a Silver Logie winning actor, has been a professional actor since he was a teenager. A recognised face in Australia for both comedy and drama, his credits span TV, film and theatre. Rob’s breakout role of Kerry Packer in the Paper Giants franchise saw him nominated for an Australian Academy Award on top of winning the Silver Logie for his performance. 2014 sees Rob continuing his association with ABC TV across a number of dramas and entertainment shows.
Rob is also a regular presenter at the AACTA’s and Logies awards nights.

Rob won TROPFEST in 2006 with CARMICHAEL and Shane which he wrote, starred in, co-directed and co-produced. He also won best actor that year.

From 2007 to 2009 Rob’s television production company, Shadowfax TV, produced 2 series of the award winning comedy, Chandon Pictures, seen on Movie Extra and the ABC. He co-directed the project and also takes creator, writer and acting credits. Chandon Pictures now plays in over 15 territories around the world, including the USA and UK and was nominated for multiple Logie and AFI awards. 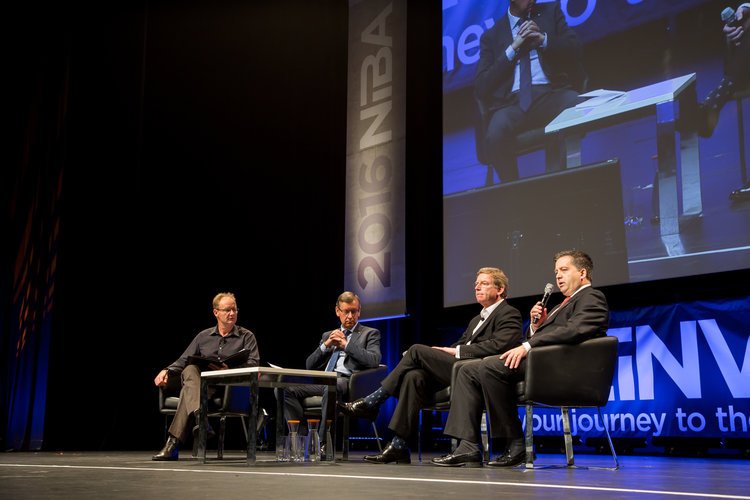 Rob Carlton’s keynote address is a real gem. The lessons from Rob’s career are relevant to anyone in business. I cannot recommend anyone more highly than Rob, and he will be a vital element of making your business event a success.Reid Meldrum, Head of Business Channels, Optus

As a writer, Rob won an AWGIE award for Chandon Pictures. His play A-Framed was first produced by his production company in 1998 to critical and box office success. A-Framed has since been produced in Sydney and Melbourne by 2 different theatre companies.

Where Rob can, he devotes a portion of his working year to his corporate clients. His business is typified by repeat work from loyal clients in the Telco, FMCG, Finance, Insurance, Franchising, Retail, Wholesale and Pharmaceutical spaces. Recent sales kick offs and conferences include working with Microsoft, Woolworths, Parmalat, Optus, AFG and CGU. 2014 continues to be just as busy.

Rob has a strong background in debating and theatresports through his time at the University of Sydney where he studied English and Australian Literature.

While readily recognisable as a ‘likeable’ guy in many comedies, as a younger actor Rob often played the bad guy in Australian Drama. Since getting his head flushed down a toilet in The Year My Voice Broke Rob’s been…

Rob hopes to die on all good Australian dramas.

Rob is an extremely talented and professional MC. His ability to grasp an organisation’s business strategy and desired outcome for an event, and then translate that in to an entertaining, insightful and meaningful experience is second to none. Toby Bowers, PS&P Lead, Microsoft Australia

Rob has been hosting corporate events, from 40 people to 1500 people, for over 15 years. Prior to that he hosted everything there was to host at the University of Sydney: Theatresports, debates, trivia, O week… everything!

“MC’ing every week in front of hundreds of very smart, often drunk, university students was the best training ground for the corporate arena I can imagine!” says Rob.

Rob is a true genius at hosting events, caring, involved and generous with his knowledge.AFG Home Loans

Rob’s wit and comprehensive understanding of both your organisation’s strategy and the industry issues allows him to quickly gain the trust of the audience. He’s then able to respectfully challenge and ask the questions that most people are reticent to ask.

He guides collaborative conversations amongst differing personalities in the room to address difficult topics. He expertly manages this process to bring the key concerns to the table in an interesting, dynamic and entertaining way.

Rob’s keynote address is a real gem. He might appear the likeable Aussie larrikin, however underneath there is a highly motivated individual who has experienced and survived the tumultuous ups and downs of the entertainment industry.Managing Director, Sqware Peg

The challenges an actor faces on set are very similar to those faced by employees. To embody a character an actor has spent hours researching, developing the nuances, and becoming the expert. But when they step on stage, they’re not the boss; they’re one part of a much bigger enterprise.

Similarly, employees are professionals who must work within a set organisational structure with a defined purpose. The challenge is to remain positive, change ready, collaborative and focused on a business goal that may have been decided by someone else.

Rob’s engaging style, insights and stories will inspire employees to stay engaged, share their passion, to be curious and demand excellence from those around them.

Why an organisation’s culture matters

His ability to engage with his audience through both humour and integrity is something amazing to be a part of. Rob was the crowning glory of our conference!Primary School Principals, Wagga President

Leading through good times is the easy part. How do you maintain optimism and energy during times of hardship or periods of change?

Through real life stories, Rob illustrates the importance of organisational culture – a system of shared assumptions, values and beliefs that have a strong influence on how people feel and behave in organisations. Successful company cultures are typically characterised by a high level of teamwork and engagement.

Rob tells some never before heard stories about Kerry Packer and Alan Bond that are cautionary tales of leadership leading to pyrrhic victories and a life of loneliness. Uplifting and inspiring stories are those from his father who was a quieter champion of leadership through the Hawke/Keating years of economic reform and his internationally recognised contribution to humanitarian services.

People will gain a deeper understanding of the importance of the cultural heart of an organisation and a sense that the world has good people in it, even when the circumstances may seem grim.

Rob Carlton’s Creativity in Leadership workshop is dynamic and engaging; it works brilliantly. His acting pedigree allows him to clearly articulate the important narratives.MD, Quay Consulting

How do you unlock the imagination of every individual and keep the team focused on the main goal? Movies are a profound example of where creativity and brutal logistics collide. They are an excellent example of how a diverse group of people, facing impending deadlines can pull together towards one vision.

The Film Production model takes participants through what directors, crew and cast experience every day. Constantly adapting, learning and fine tuning their craft and their processes so they can meet deadlines and maintain their reputation as the best in the world.

Through fun and engaging exercises and a mix of stories drawn from his own experiences in film and TV, Rob focuses on the behaviour, character traits and skills of successful leaders and team players.

Your performance as MC exemplified just the right combination of humour, experience, knowledge, entertainment, spontaneity, and fun. The delicate balance of all of these traits is not easily found in MC’s, and your flexible professionalism was a pleasure to witness for all in attendance. The standard to which you work is one that many in your industry are not always able to promise, let alone deliver.