Paul Livingston is best known for his comic creation Flacco whose many television credits include: Good News Week, GNW Nite Lite, two Sandman and Flacco specials for the Ten Network; Good News Weekend, The Big Gig, DAAS Kapital, Money or the Gun, The Fat and The Sideshow for the ABC, and was a regular on the Triple J Breakfast program from 1994-97. 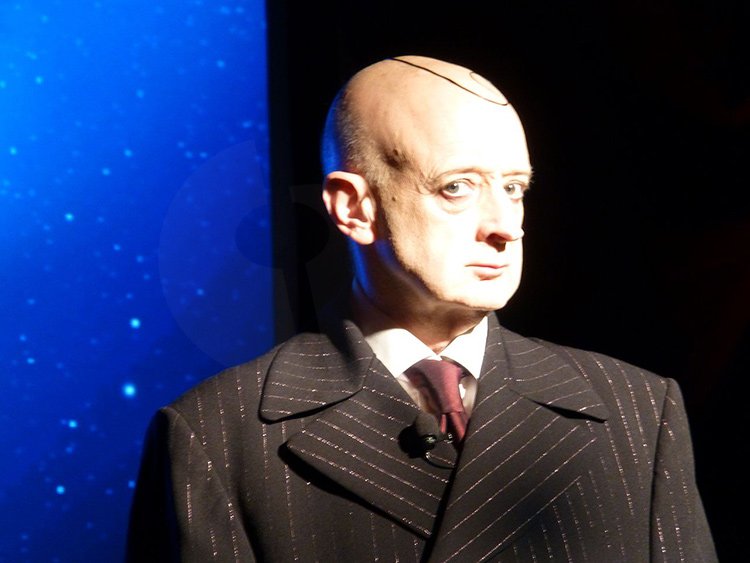 Flacco has toured extensively in Australia and internationally with regular appearances at festivals in Edinburgh and Montreal. In 2005, Paul starred in the hit stage show Bingo in Siberia with the Sandman and the Non-Seekers which had sell-out seasons at the Sydney Cracker Comedy Festival and Melbourne International Comedy Festival. The show had further seasons at the Sydney Opera House, 2004 and 2005 Adelaide Cabaret Festival.

Paul also worked as a consultant, and appeared regularly, on In Siberia Tonight for SBS TV in 2004 and 2005. In 2010 Paul performed his solo show Flacco Goes Beyond the Pale at Belvoir Street Downstairs, as part of The Summer Season. This show also toured regional NSW in 2011.

Paul’s feature film acting credits include: Babe: Pig In The City, Sweetie, Until The End Of The World, Children Of The Revolution, Dark City and The Navigator (AFI nomination for Best Supporting Actor). His theatre acting credits include The Government Inspector and As You Like It for the Sydney Theatre Company.

Livingston’s publications include Flacco’s Burnt Offerings 1996, published by Penguin books, who also published his first novel The Dirt Bath in 1998. His satirical self-help guide Releasing The Imbecile Within was released in 2003 by Allen & Unwin. From 1998-2001 Paul was a weekly contributor to the Australian Weekend Magazine with The Flacco Files, an illustrated commentary on the state of being which also appears in book form published by Allen and Unwin in 1999. In 2013 Allen and Unwin published Paul’s next nonfiction book entitled Absent Without Leave.

In 2001 Neil Armfield directed Paul’s first stage play Emma’s Nose for Belvoir Street Theatre in Sydney, which also transferred to La Boite Theatre Company in Brisbane. Paul later adapted his book Releasing The Imbecile Within into a stand-up Flacco show, which was presented as a double bill called Double Exposure with performer Marty Murphy at the Studio, Sydney Opera House in 2005. Double Exposure was then performed again in 2006 at the Adelaide Cabaret Festival.

In February 2015, Paul has sold out his next live stage show at the Adelaide Fringe Festival, What’s Funny About Science – A Short History of Timing. In 2005 Paul’s radio play Her Masters Voice was adapted for the stage, and presented at Belvoir Street Theatre Winter Reading Series. It was then produced at NIDA as part of the Director’s Showcase. Also that year, Paul adapted his radio play This Hideous Progeny into a stage play called It’s Alive! which was presented at the University of Wollongong.

From 2008-2011 Paul joined the writing team for Channel Ten’s Good News Week and Good News World, for which he received three AWGIE Awards. He is currently writing for Room 101, a TV series for SBS TV which airs in 2015. From 2007-2009 Paul was a co-writer on the sequel to the Academy Award-winning animated feature film Happy Feet Two. Paul also wrote for Penguin Books the novelisation of the screenplay for Happy Feet Two.

In 1996 Paul was the joint winner of the Sidney Myer Performing Arts Award for outstanding achievement in the performing arts in Australia. In 2010 Paul was a finalist for the AWG/Kit Denton Fellowship Award.