Nazeem Hussain has fast become one of the biggest stars of Australian comedy, and a much loved television and radio personality. Nazeem’s Netflix special Nazeem Hussain: Public Frenemy, filmed in Montreal at the Just For Laughs Festival, started streaming globally in 2019, introducing Nazeem to a legion of new fans, and critical acclaim. Funny Or Die, and Chortleboth listed Nazeem’s special amongst their favourites. 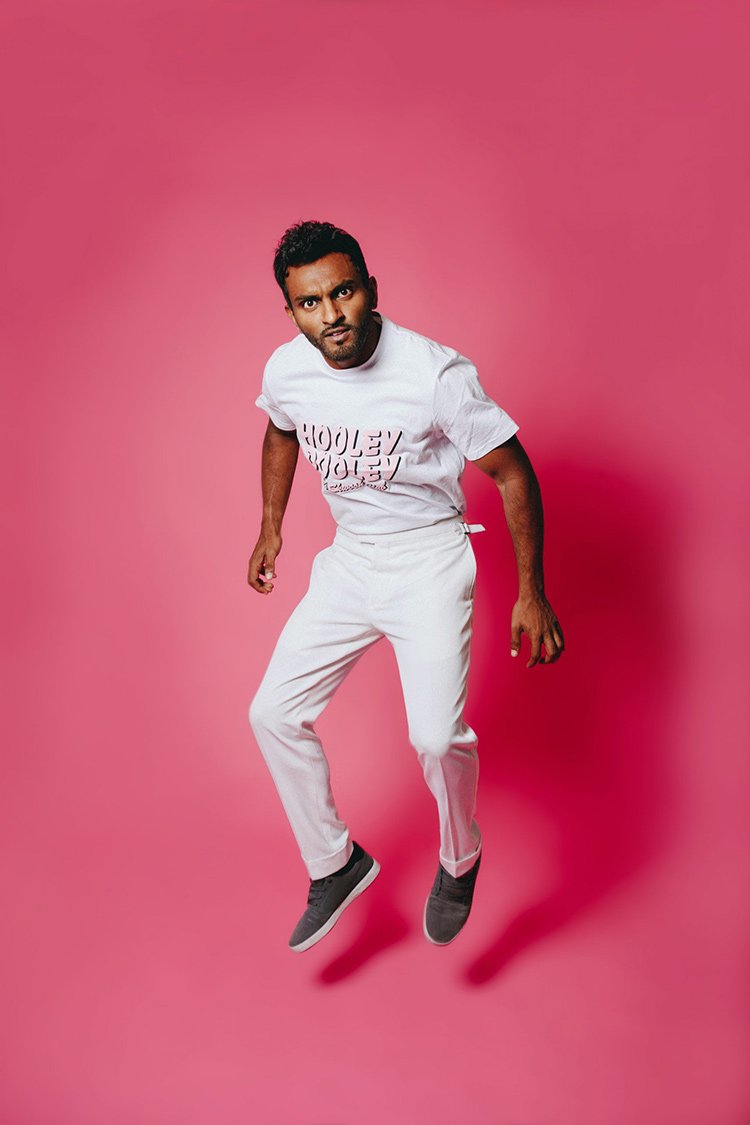 This was my first time seeing Hussain’s stand up, and I can tell you it absolutely will not be the last. Nazeem has incredible stage presence and really has command of the room.Funny or Die (2019)

Nazeem’s prime time TV comedy series Orange Is The New Brown aired on Channel 7 in late 2018 to rave reviews. Nazeem created and starred in the sketch series, working alongside Claudia Karvan, Tim Minchin, Urzila Carlson and Kat Stewart. Several of the sketches have gone viral online, being viewed by over 10 million people.

Stand-up comedy is Nazeem’s, first love. He won the Best Newcomer Award at the Melbourne International Comedy Festival and has twice been nominated for the Helpmann Award for Best Comedy Performer. 2019 saw Nazeem perform Basic Idiot, his fifth consecutive stand-up tour, to his largest ever audiences in every major Australian city, and then some. He also supported Aziz Ansari on his 2019 Australia tour.

Nazeem became a household name when he reached the Grand Final of Channel 10’s I’m a Celebrity… Get Me Out Of Here!, having to bunk up with Dane Swan, Steve Price, Casey Donovan and Natalie Bassingthwaighte for over six weeks! Nazeem’s chosen charity was InTouch Multicultural Centre Against Domestic Violence.

You can book Nazeem to: 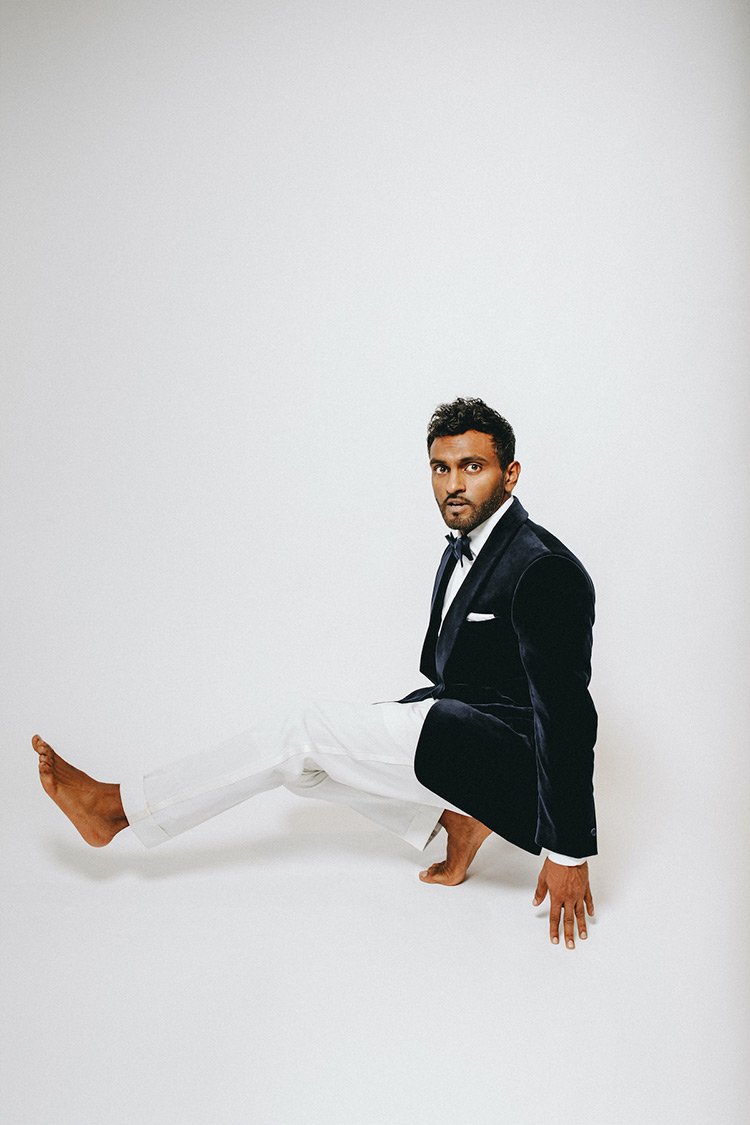 Hussain is a wonderful comedic artist who blends observation with comedy that crafts an intelligent and hilarious show.Edinburgh Festivals Magazine (UK)

Nazeem is perhaps best known as the creator and star of his TV show, Legally Brown, airing for two seasons on SBS Television in 2013 & 2014. The show broke ground with its boundary- pushing content, received widespread critical acclaim and was nominated for Most Outstanding Comedy at the 2015 Logie Awards.

He made his American TV debut as an official correspondent for both seasons of the hit Netflix series Bill Nye Saves the World with American scientist and TV personality Bill Nye (popularly known as ‘Bill Nye the Science guy’). He was also invited to perform at the prestigious Montreal Just for Laughs Festival as a part of Kevin Hart’s LOL network.

So funny and relatable – a million carers commented that laughter is the best medicine, and he delivered in spades!Kate Topp, Carers Victoria

A regular on international stages, Nazeem has performed around the globe, including sell-out seasons at the Edinburgh Fringe Festival, London’s Soho Theatre, all across New Zealand, Paris, Belgium, China, Singapore, Malaysia, the US (including opening for Dave Chappelle in New York City), and a homecoming show of sorts in Sri Lanka to 2,500 people (yes, the Prime Minister and his wife sat on thrones in the front row).

Nazeem was a regular on the Comedy Channel’s hugely successful, ASTRA award-winning Balls of Steel Australia. His self-created character, Calvin Khan – the Very Foreign Correspondent, saw his episodes achieve the highest ratings of the season. Nazeem also starred on the cult-hit Salam Café on SBS, which was nominated for a Logie Award in 2009. 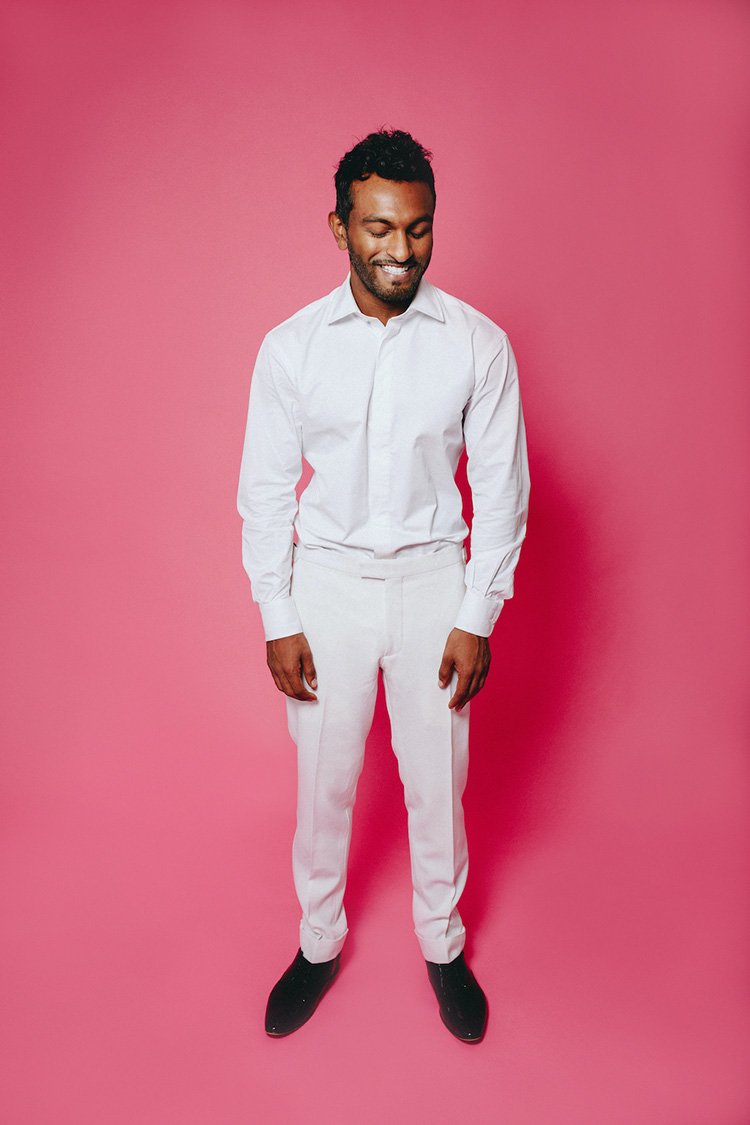 And just when you think you have him pegged, he sneaks up on you again, showing society’s conventional wisdom to be little more than prejudice, yet somehow picking out something side-splittingly funny therein.– The Times (UK)

Nazeem’s other TV appearances include The Project, The Full Brazilian (SBS), Hughesy We Have A Problem, The Weekly With Charlie Pickering, and even ABC’s Q and A alongside Malcolm Turnbull. Most recently he was the MC for Australian Lockdown Comedy Festival on Stan and can be seen in the Australian Amazon Original series, LOL: Last One Laughing along with a star-studded cast of Australian comedians. Nazeem is also the host of The Standup Sessions featuring Australia’s top and emerging comedians on the (digital) stage for the new comedy series as part of the Victoria Together initiative.

To add to his ever-growing credits, Nazeem’s first comedy podcast Burn Your Passport won iTunes Best Comedy Podcast of 2016 and is ranked in the 20 most listened to podcasts in Australia. In 2020 he launched his latest podcast Survivor’s Guide to Corona Virus, teaming up with some of Australia’s most loved comedians, entertainers and personalities.

In 2021, Nazeem joined Dave Hughes with his problem-solving line up weekly on Hughesy, We Have A Problem on Channel 10, was the co-host of ABC’s marquee show, Australia Talks and in Amazon Prime’s latest sketch show, The Moth Effect. Additionally, he is a regular on The Project and KIIS FM’s new breakfast show, Jase & Lauren in the Morning.

Topics Nazeem can speak on

Dealing with the challenges of life

Staying sane in a crazy world