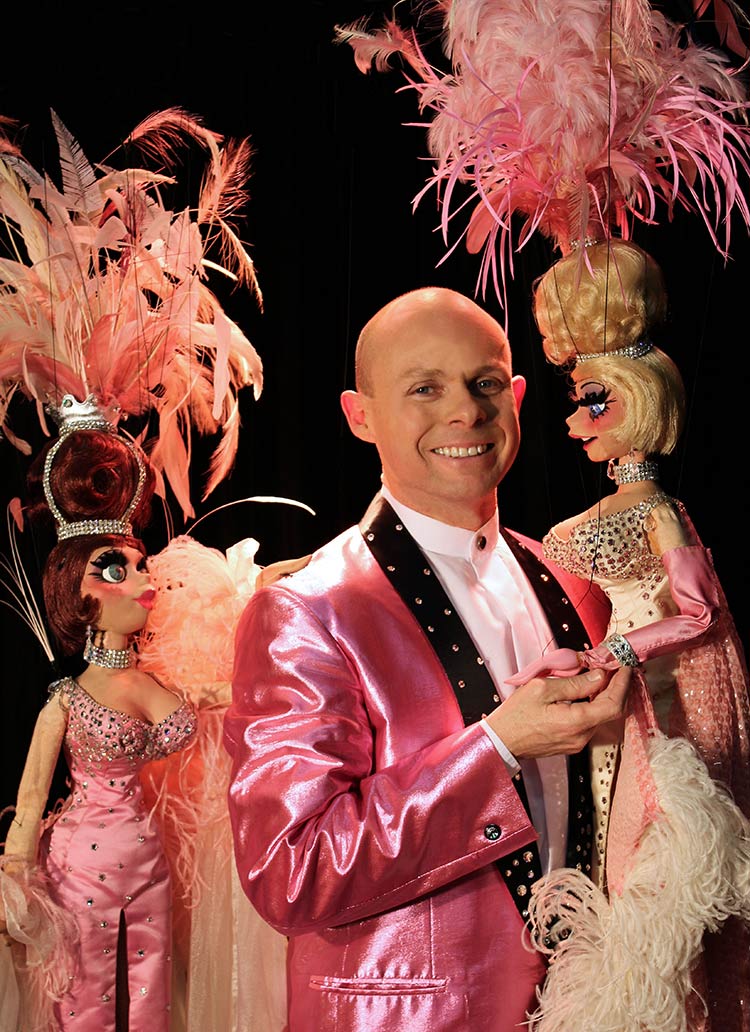 With a variety of dynamic puppet shows available from his hilarious family show ”It’s Raining Puppets” through to his multi-award winning cabaret sensations ”Follies Fantastique” and ”It’s Vegas On A String!”. Each show features a dazzling line up of the most stylish puppets to ever hit a stage! In his hands each puppet has a unique personality – it breathes, it lives and the audience believes.Michael Creighton - Artistic Director, The Marionette Theatre Of Australia

Murray Raine Puppets are regarded as Australia’s leading cabaret marionette act and has twice been awarded the prestigious “Australian Speciality Act Of The Year” making Murray one of the most sought after variety acts of this style available in Australia and Internationally today. 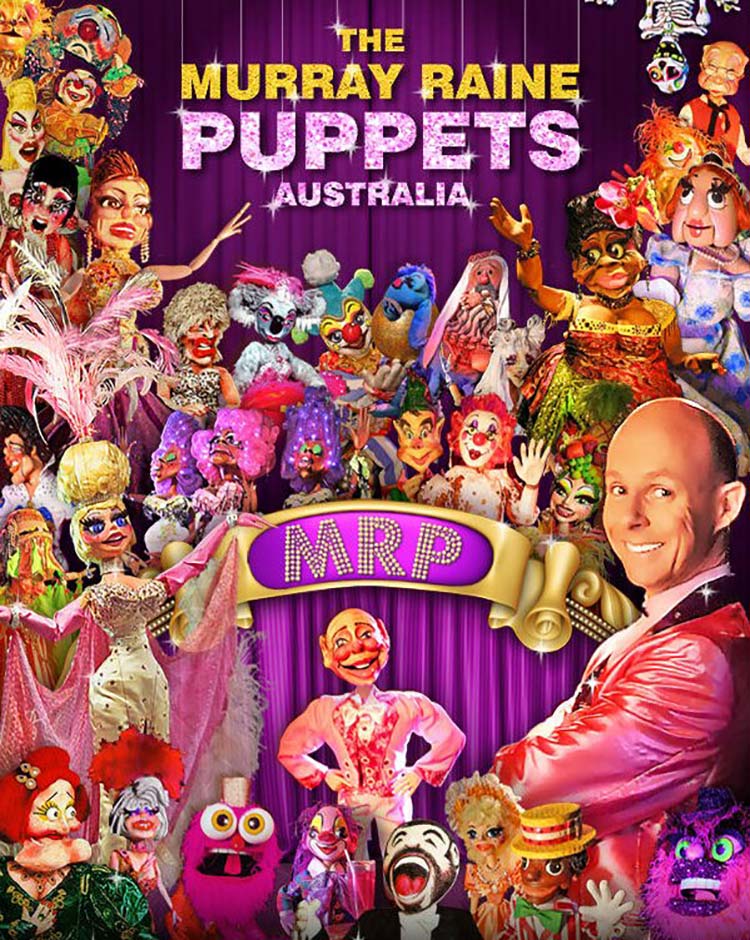 Murray Raine and his puppets are totally professional and excited an excellent response from both adults and children alike. Fat-moving, colourful and inventive, this production was world class and a pure joy to watch.Malcolm Barnes - Marketing & Events Manager, Lend Lease Australia Ltd

Murray has toured globally to international acclaim from Arts Festivals, corporate events, cabaret showrooms to headlining on major cruise lines: Royal Caribbean, Star Cruises, P&O Cruises & Princess Cruises. His shows are designed for either an adult or family based audience and guarantee an unforgettable evening of hilarious fun for ANY age!

“Follies Fantastique” is a stylish burlesque cabaret revue set aboard a luxury cruise liner and starring an unforgettable cast of eye-popping marionettes and rod puppets.

Fun, mystifying, moving, bizarre, and just a little cheeky, it blends the best of contemporary and popular music, spectacular design, dazzling costumes, stunning multi-media images , hilarious audience interaction and simply brilliant puppetry, to create a wonderful world of the extraordinary, the exotic and the unusual.

With a duration of 50 minutes this dazzling, sassy, visually delightful creation is simply brimming with sparkling burlesque beauties and quirky puppet characters.

So all aboard, let us tempt and tease you at Follies Fantastique: a funny, enchantingly wicked entertainment, certain to delight, amaze and mesmerise audiences of all ages!

It’s Vegas on a String

Expect the unexpected as the world’s most highly strung entertainers hit the stage! From Pavarotti to Miss Whitney Houston the pace is exhilarating and seductive, in a lavish kaleidoscope of dazzling costumes created by some of Australia’s leading theatre designers and enhanced by the music and sounds of the fab 60’s to the latest chart busters.

With a flexible duration of 12 to 60 minutes this elegant production can be incorporated as a ”Speciality Act” within a full scale show or presented as a featured show by itself. Featuring a cast of 20 flamboyant marionettes with designs by legendry artist and puppeteer Norman Hetherington (Mr Squiggle), Murray brings to the stage a cast of international divas in a slick and outrageously funny cabaret act. “It’s Vegas On A String!” is a delectable, sparkling and humorous revue that is guaranteed to surprise and delight.

“It’s Raining Puppets” is a wickedly funny variety show like no other, solely designed as family entertainment and offering the same high quality production values that audiences have come to expect from Murray’s multi award-winning adult show’s “It’s Vegas On A String!” and “Follies Fantastique”.

This show boasts a dazzling cast of 20 large scale marionettes, each puppet meticulously crafted and featuring truly spectacular costumes. The pace is non-stop as a menagerie of wild characters and creatures dance, sing and magically transform themselves before your very eyes.

The elegant staging is open plan so the audience can actually see Murray manipulating the puppets; the show is a combination of pre-recorded music, sound-effects and hilarious live interaction. With a flexible duration of 15 to 45 minutes “It’s Raining Puppets” has been specifically designed for family themed festivals , theatres, theme parks and major corporate events world-wide.

Apart from major Cruise Lines and International festival appearances from Dubai to Taiwan this show has extensively played to sell-out tours throughout Australian schools and Arts Centres, receiving the “highly recommended” from the Education Department and rave reviews from the schools themselves!

Classy, clever and a highly skilled act, the audience loved every moment!