Missy Higgins, the singer/songwriter from Melbourne has enjoyed phenomenal success in her homeland in spite – or perhaps because – of shunning the usual synthetic packaging and tabloid tackiness. 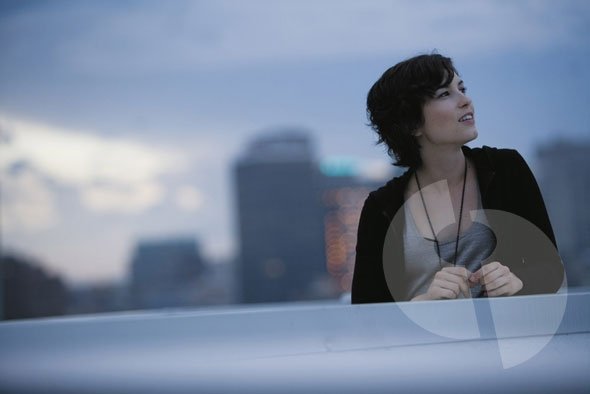 In a world littered with disposable pop Missy Higgins is a welcome relief – passionate, sincere and proudly Australian.

Missy’s recent albums retain the hallmarks of her earlier work – irresistible melodies and ‘arrow through the heart’ lyrics delivered by a voice that clearly means it. The new album also showcases the changing world view of a more self assured artist. There’s a quiet strength to these new works which suggests a more confident young woman.

Instead she’s adopted a more timeless approach, relying on her undeniable songs and unforgettable live performances to build a genuine and gimmick free connection with her audience.

It’s certainly been quite a journey. In a story that’s now well known, Missy started off singing standards with her older brother’s band when she was only 13. She was thrust into the limelight in 2001 when she won Triple J Unearthed while she was still at high school. Instead of rushing into a recording studio she chose to go backpacking around Europe before coming home and releasing an eponymous EP that topped the indie charts in late 2003. In August the following year she released the “Scar EP” in Australia. Off the back of tours supporting George, The Waifs, John Butler Trio and Pete Murray the disc entered the national charts at ..1. Her debut album, “The Sound Of White” achieved the same feat soon afterwards. It was quite an arrival.

By the end of 2005 Missy had racked up over 200 gigs culminating in a memorable series of huge outdoor concerts around Australia. “The whole thing almost seemed like a blur”, says Missy. “One minute I was just some opening act nobody had heard of and the next minute I was playing to 20,000 people in (Sydney’s) Centennial Park. It was pretty overwhelming.”

Says Missy; “I’m not one of those people who feels obliged to knock their previous albums – I’m actually really pleased so many people liked “The Sound Of White”. It’s a good snapshot of who I was in my late teens and I’m happy I made it. Its popularity was obviously never something that I expected but it opened up the doors to a lot of amazing experiences for me and I’m very grateful for that. Of course I’d be lying if I pretended that I didn’t feel a lot of pressure when it came to following it up but that’s exactly why I decided to really take my time and make sure that the new album was everything I wanted it to be.”