Add Libby Trickett to my Shortlist

It’s been well over a decade since Libby Trickett (previously Lenton) became a household Australian name, not just for her epic achievements in swimming but also for her infectious smile and effervescent personality. 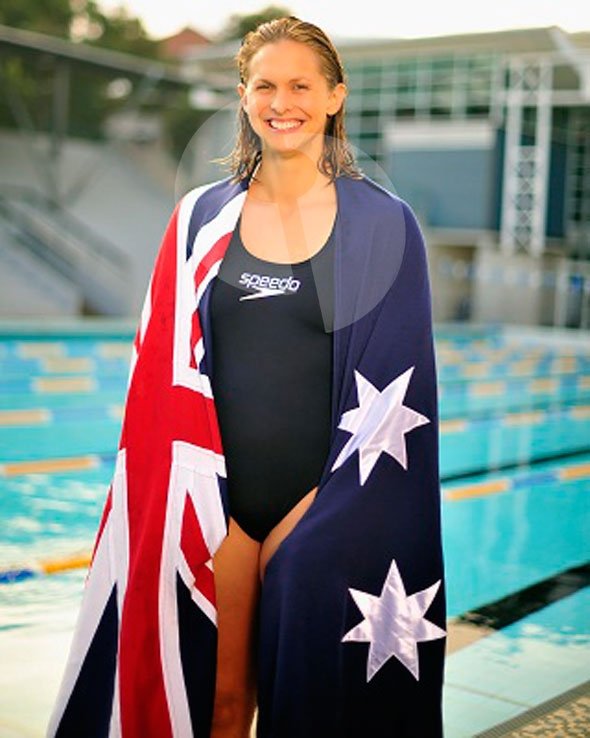 Libby first started making waves in the swimming world in 2003, when she won her first national title in a 50-metre freestyle event. She then went on to make a promising international debut by winning the 100-metre freestyle race against the USA, in the Indianapolis competition “Duel in the Pool”. Not stopping there, Libby also competed at the FINA world championships in Barcelona where she collected further medals.

At the Sydney Olympic trials in 2004, Libby proved that she was a force to be reckoned with by breaking the 50-metre freestyle 25 second time barrier, with her time of 24.70 seconds. She also set an impressive new world record for the 100-metre freestyle, coming in at 53.66 seconds.

Although she didn’t qualify for the 100-metre freestyle event at the Athens Olympic Games, she still earned a bronze medal in the 50-metre freestyle heat and along with her 4×100 metre relay team, claimed a gold medal and broke another world record in freestyle with a finishing time of 3 minutes, 35.94 seconds.

After the Athens Games, Libby competed in five major international events and collected a hoard of medals; 18 gold, 4 silver and 2 bronze. It was during these events that she further lowered the 100-metre short course record – not once but twice!

In 2005, Libby’s epic efforts and accomplishments in swimming earned her the Medal of the Order of Australia – further cementing her in the hearts of all Australians.

2006 proved to be another great year for Libby after bringing home silver for both the 100 and 200-metre butterfly events at the Commonwealth Games, and claiming the 50 and 100-metre freestyle events against great friend Jodie Henry. Trickett was also named leading female swimmer after winning 5 of Australia’s gold medals at the Short Course Worlds in Shanghai.

In 2007, Libby joined forces with Jodie Henry, Shayne Reese and Melanie Schlanger to win gold in the 4×100 metre relay against the Netherlands and the USA, with a record-breaking time of 3 minutes, 35.48 seconds. 2007 was also a memorable year for Libby on a personal level, after marrying fellow swimmer and long-time love Luke Trickett, in a ceremony at Chowder Bay in Sydney.

After retiring from swimming for good in 2013, Libby has immersed herself in a variety of media roles and is well known for being the health and well-being reporter on the Today Show.

Libby has inspired many people during her time as a competitive swimmer and has empowered many others as an ambassador for a range of companies and charity groups. It is due to her humble and down to earth nature that she is a highly sought-after motivational sports speaker, popular female celebrity figure and a powerful role model.

Add Libby Trickett to my Shortlist