Creating a new musical genre is a feat to which few musicians can lay a genuine claim. But when the talents of a pop diva were merged with one of Australia’s leading operatic tenors, a new category of ‘Orchestral/Pop’ was born and with it, an exciting one-of-a-kind musical act with a truly epic new album. 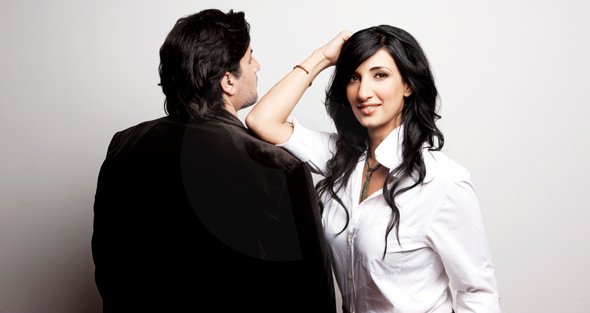 Factor in that they are brother and sister, and it’s easy to see why occupies such a unique place in the international recording arena. After forging successful musical careers independently over the past decade, Anna-Maria and Rosario La Spina came together for their debut album, Always You.

Backed by the 65-piece Melbourne Symphony Orchestra and a support band that toured with Savage Garden, the two sibling-singers have melded their respective pop and operatic flairs to create an epic sound, taking their Orchestral /Pop genre to a whole new level. “It’s difficult to compare the style and sound of this album with anything that’s preceded it,” says Anna-Maria. “Cross-over acts seem to dominate the charts these days, but I think our sound is a little more charged and dramatic than you would normally expect when classical artists take on pop or vice-versa.”

In fact the pair is being credited with initiating an entirely new phase in Orchestral/Pop, as Always You presents a genuinely ‘organic’ integration of classical and popular sensibilities. “Some of the songs were conceived as dramatic stadium showpieces and yet there are other tracks where the melody and lyrics will lead you into a beautifully emotional, intimate moment all the while incorporating our contrasting vocal styles”, Anna-Maria says of the powerful musical tours-de-force which also include her own arrangements of the songs ‘Time To Say Goodbye’ and ‘The Prayer’, as well as a no-holds-barred cover of Iron Maiden’s ‘Run to the Hills’. “It’s a collection of stories signifying hope and love”. Nine of those twelve songs are originals – so powerful and immediate is their impact that they sound as if you might have heard them before. Their messages are potent. “I think the listener can identify with most of the story-lines in each song,” says Rosario, whose glorious tenor voice rings out with stunning clarity throughout the album’s ever-changing but always surging emotional journey.

Despite a three-and-a-half year difference in age, the siblings have embarked on starkly different musical journeys. Anna-Maria has sung with Savage Garden at Hyde Park in the UK and Madison Square Garden and worked alongside superstars Meatloaf, Ozzy Osbourne and Slash, while Rosario, who has been described by a former Opera Australia executive as “the Australian Pavarotti”, has appeared at that shrine of opera houses, La Scala in Milan, in the company of Plácido Domingo. With its staggering vocals and monumental orchestral climaxes, Always You is an album that clearly has been made with passion, utter commitment, and a unique simpatico between its performers, born not just out of sibling understanding, but also unrivalled musical talent.