Jimmy Barnes is the heart and the soul of Australian rock & roll. His nickname, “Barnesy”, conjures up thoughts of rock music at an ear-splitting volume, and of soul standards given a unique reading. 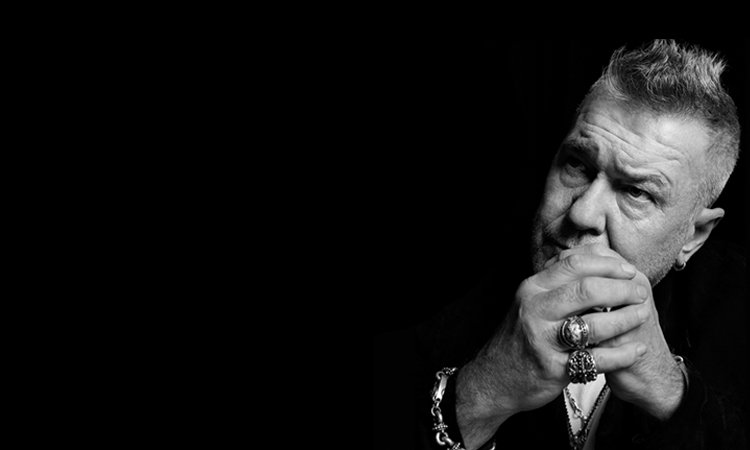 Jimmy has been through it all, and literally lived to tell the tales. He has sold more records in Australia than any other local rock & roll artist. He has enjoyed fifteen #1 albums here – more than the Beatles – and for over 40 years he has delivered some of our most intense and iconic live performances. He is truly in a league of his own. In 2016, Jimmy’s self-penned childhood memoir, Working Class Boy, was a #1 bestseller and won the Australian Book Industry Award (ABIA) for ‘Biography of the Year’. His 2017 sequel, Working Class Man, also topped the charts and won the ABIA Award making him the first person to ever win “Biography Of The Year” twice.

His two books have sold over 500,000 copies so far making them the most successful biographical series in local publishing history. His Stories & Songs live production based on these memoirs sold out over 100 shows and attracted unanimous critical while Working Class Boy will soon be released as a feature length documentary film. Clearly Jimmy’s life story holds a unique fascination for Australians of all ages.

James Dixon Barnes of Glasgow via Adelaide was just 16 when he joined the band Cold Chisel in 1973. Raised on tough soul music and gutsy rock, Jimmy bought his monumental passion and a versatile vocal style to this five-piece band who would eventually become the most powerful live act in the heyday of Australian pub rock.

A big part of Cold Chisel’s appeal was the fury, wit and danger that Jimmy brought to the stage every night. Fuelled on drugs and vodka, he was capable of anything and audiences flocked to experience the mayhem first hand at gigs around the country during the late 1970’s and early 1980’s.

Cold Chisel released a series of classic albums over these years including, East, Circus Animals and Twentieth Century. Many of their songs – Khe Sanh, Choirgirl, Cheap Wine, You Got Nothing I Want, Flame Trees, When The War Is Over – are now virtually national anthems. 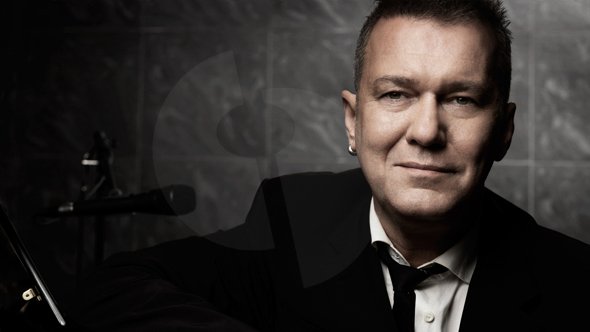 When Jimmy went solo in 1984 his debut Bodyswerve topped the charts, as did his 1986 album, For the Working Class Man, which gave him a signature tune and cemented his place at the centre of a generation. He spoke directly to and for them.

The #1 hits kept coming through the late 1980’s and early 1990’s with Freight Train Heart, the live set Barnestorming, Two Fires, Flesh and Wood, and of course Soul Deep – an album of R&B classics that sold almost a million copies.

The rewards were great but the booze, drugs and an out of control lifestyle eventually started to take their toll. The wildness that Jimmy brought onstage was nothing compared to what was happening inside his head although it would be decades before he finally revealed the demons that propelled him through these high octane years.

By 1993 Jimmy was burned out. He and the family moved to Europe where he tried to regroup. These were difficult years, struggling with his career and raising a young family of four with the love of his life, his wife Jane who he had married back in 1981.

The Barnes’ came back to Australia in 1996 and returned to the charts with a Best Of set (Hits Anthology) that featured a hit single, Lover Lover, co- written with Jane. A Cold Chisel tour and #1 album (The Last Wave of Summer) followed in 1998 but that reunion was shortlived as Jimmy’s offstage demons continued to haunt him.

There were two intense rock albums (Psyclone and Love And Fear) around this time and a second soul album in 2000 (Soul Deeper) but it was 2005’s Double Happiness, featuring duets with family and friends that put Jimmy right back on top.

Since then Jimmy’s career has gone from strength to strength with more successful and acclaimed solo releases. Then in 2009, Cold Chisel reformed, eventually releasing two new albums, No Plans (2012) and The Perfect Crime (2015) and hitting the road again. Their Light The Nitro Tour in 2011 remains the biggest grossing tour ever by an Australian-based band and they continue to fill stadiums bringing their music to new generations of fans. Jimmy’s 2014 release 30:30 Hindsight celebrated his 30 years as a solo artist and featured collaborations with international artists including ‘Miami’ Steve Van Zandt, Keith Urban, and Journey alongside local chart-toppers such as Bernard Fanning, The Living End, Tina Arena, Troy Cassar-Daley and many others.

The following year Jimmy travelled to Tennessee where he recorded an album of lost soul classics called Soul Searchin’. This was his 16th studio album and yet another #1. No musician anywhere in the world has had a run of chart success as strong or enduring as Jimmy Barnes has enjoyed in Australia.

Then in October 2016 he released the first volume of his memoirs – Working Class Boy. If a book could be rawer than Jimmy Barnes in full flight onstage this was it. Working Class Boy told the harrowing story of his childhood in Glasgow and Adelaide surrounded by booze, domestic violence and abuse. The book revealed Jimmy as a writer of unfettered honesty. He leavened his dark story with humour and, ultimately, love. In these evocative and emotional pages readers finally discovered the fuel that had fired this singular performer across the decades.

The hugely anticipated second volume of his memoirs, Working Class Man landed a year later. The book was a searingly honest reflection on success, music, family, love and addiction. But beyond the combustible merry-go-round of fame, drugs and rehab it was also a story about how it’s never too late to try to put things right. Like its predecessor, Working Class Man went straight to the top of the Bookscan Charts and held that position within its category for 10 consecutive weeks.

But the story doesn’t end there. The Working Class Boy documentary film will premiere in cinemas later this year and Jimmy is currently working on new music for release in 2019. He will be touring over summer with his band playing epic rock shows around the nation. He never stops.

This relentless drive has also been channelled into supporting numerous causes and charities. As a result in January 2017, Jimmy Barnes was appointed as an Officer of the General Division of the Order of Australia for ‘distinguished service to the performing arts as a musician, singer and songwriter, and through support for not-for-profit organisations, particularly to children with a disability’.

Few Australian lives have been bigger than Jimmy Barnes. His story filled two books. His music has been our national soundtrack for forty years and his iconic status in the history of Australian rock’n’roll is reflected in the fact that he’s been inducted into the ARIA Hall Of Fame … twice. Lots of things have changed over his decades in the public eye but the one constant is his powerful connection with live audiences across more than 10,000 gigs. Night after night. Year after year. It’s enough to make anyone scream but these days it’s the wildness of it all that keeps Jimmy Barnes grounded.

“My job,” he says, “is to turn every night of the week into Saturday night for people. It’s the best job there is.”