About Our Inspirational Speakers
Our inspirational keynotes tell wonderful stories of redemption, tragedy and triumph. Inspirational narratives become signposts to direct us to our personal journeys toward the incredible.

Our stable of inspirational speakers are able to motivate audiences to see beyond the limits they have put on themselves.

For more information on our range of event speakers, visit our Speakers Bureau or call 1300 884 485 now. Or begin your journey of inspiration by adding our talent to your shortlist below.

Our inspirational speakers will show you that the unchallenged ability of today is the squandered potential of tomorrow.

Talent exists in every company, sport and pastime. Not only do our Sydney and NSW-based inspirational speakers have a great deal of ability, but their personal stories reveal a “how to” when applying their timeless principles to our own lives.

Take the first step to achieving greatness and add our talent to your shortlist below. Or discover more about why our Speakers Bureau is Australia’s favourite and call 1300 884 485 now.

Experiencing first-hand the narratives of people who’ve achieved outstanding efforts gives us a glimpse into the boundless capacities of our own souls. Understanding how our inspirational speakers overcame insurmountable odds reminds us that we are capable of being more fearless than we ever envisioned.

These narratives of triumph, loss, heartache and success provide us with unique principles on how to shift our attitude towards greatness.

Begin your inspirational journey by adding the Melbourne-based talent below to your shortlist, or call us on 1300 884 485 today to experience award-winning service from Australia’s favourite Speakers Bureau.

Our inspirational speakers from Brisbane and the Gold Coast have realized their great success not only through being gifted, but having focus and the internal strength to transform their ability into greatness.

Preview the inspirational talent below and begin your shortlist, or discover more about our Speakers Bureau and call 1300 884 485 today.

The real life star of Mao's Last Dancer Li Cunxin was born into utter poverty in Mao's communist China. Areas of speciality include Inspirational Speakers. In extraordinary moment of chance at the age of 11 he was selected to train in Madame Maos Beijing Dance Academy never having ever heard of let alone seen ballet performed. And so began Lis journey. The 7 years of harsh training regime at the Beijing Dance Academy taught him discipline, resilience, determination and perseverance. Lis astounding drive and relentless hard work made him one of the best dancers China has produced.
Read More…

Todd Sampson is an articulate and captivating keynote speaker who engages listeners with his humour, and his insights into advertising, marketing, creativity, management and personal achievement. Areas of speciality include Inspirational Speakers. Todd started as the CEO of Leo Burnett, a company which has been awarded as the 7th most creative advertising agency in the world. In his time as CEO, the company won Agency of the Year an impressive 12 times. Todd has now stepped back into a role as non-executive chairman.
Read More…

The life of Paul de Gelder sounds more like a fictional book than reality. His choices have taken him on quite a journey; from being a rebel, to a strip club worker and a drug dealer. He's been an adventurer, a soldier, a fitness fanatic and a Navy diver. His experiences have also led him to become a motivational speaker and encouraged him to mentor kids nationwide. Paul has had an amazing life! Areas of speciality include Inspirational Speakers. In early 2009, Paul was testing diving equipment in Sydney Harbour when he was attacked by an enormous bull shark. The attack left him without his right hand and his left leg. Amazingly, instead of this horrific experience causing Paul to feel anger towards this underwater predator, it has resulted in him developing a strong appreciation for them.
Read More…

Lorna Jane is testament to the fact that following your dreams can lead to great things. Co-founder and creative director of her namesake brand, Lorna Jane never set out to establish a multi-million dollar fitness inspired clothing label with stores throughout Australia, New Zealand and Singapore. Areas of speciality include Inspirational Speakers. The humble beginnings of the Lorna Jane brand date back to 1989, when Lorna Jane Clarkson herself started the business in a small studio on the top floor of a fitness centre. Her business inspiration, to make activewear that made women look and feel great.
Read More…

Kurt Fearnley is world-beater in and out of his racing wheelchair. The three-time Paralympic Gold Medallist has won marathons all around the world, including the prestigious New York, London and Chicago marathons multiple times. His exploits are not confined to wheelchair racing having crawled the Kokoda track and sailing on a winning Sydney to Hobart Yacht Race crew. Areas of speciality include Inspirational Speakers. Raised in the small country town of Carcoar, Kurt Fearnley has always been determined. Being born without the lower portion of his spine has never held him back, from backyard games of football to crawling along the Great Wall of China, he always has a go.
Read More…

When no country in the world recognises you as a citizen... life is an obstacle! Areas of speciality include Inspirational Speakers. What if you were born with no rights to an education, employment, healthcare and freedom of movement and were often were faced with regular discrimination from your Government and its citizens?
Read More…

Gill Hicks is considered to be one of the most thought-provoking, powerful and life affirming female speakers in Australia and the UK. She is globally known as a survivor of the London terrorist Bombings on July 7th, 2005. Areas of speciality include Inspirational Speakers. There are few people who have endured such unimaginable trauma and are able to rejoice and celebrate just being alive. Equally there are few people who can speak about a tragic event in such an engaging and uplifting manner. Her appreciation and gratitude is infectious and offers a brilliant reminder of just how precious our lives are.
Read More…

If your challenge is finding a speaker who will take your audience on an inspiring journey - look no further than Ciaran Gribbin! Areas of speciality include Inspirational Speakers. As a sought after and experienced corporate keynote speaker, Ciaran’s story is a fascinating multi layered tale about never giving up on a childhood dream.
Read More…

Justin Jones (affectionately known as Jonesy) is one of Australia's premier motivational speakers and extreme adventurers. Constantly pushing the boundaries of human endurance he has undertaken a number of large-scale expeditions over the past 14 years. Two in particular have captured global acclaim and attention. Areas of speciality include Inspirational Speakers. Jonesy is one of Australia’s premier public speakers and adventurers who is constantly pushing the boundaries of human endurance. Global audiences are demanding to hear the story of how he succeeded in completing two of the greatest adventures of all time. To date he has shared their story with over 250 000 people including many of Australia’s ASX200 companies, business leaders and professional sporting teams.
Read More…

Bob Geldof is an influential and inspirational speaker. He is highly entertaining and has great insight into the socio-political arena and is highly sought after by companies who wish to benefit from his sensational presentations. Passion is undisputedly one of his strengths, but so too is the vitality of his message. Areas of speciality include Inspirational Speakers. A self-styled campaigner, Bob Geldof is tremendously well informed on a broad range of global humanitarian and political issues. His presentations are highly provocative and he uplifts and inspires audiences as he motivates through his own personal experiences and the lessons learned from Live Aid. 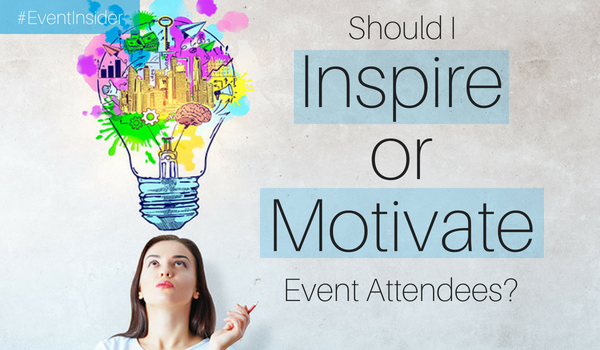