Add Human Nature to my Shortlist

The music of Motown traveled around the globe, landing on the other side of the world in Sydney, Australia, where four high school students — brothers Andrew and Mike Tierney, Phil Burton and Toby Allen — were more interested in soul, gospel and harmony groups than their country’s usual obsession with “guitars, grunt and good old rock and roll.” 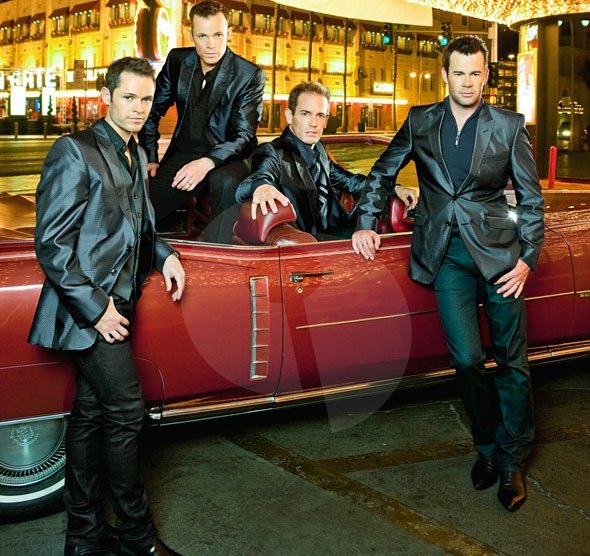 Forming a singing group that began as a tribute to their love of a cappella doo-wop, the foursome was directed to the music of the legendary label by a music teacher.

That was 22 years ago. Today, Human Nature are Australia’s leading pop vocal group, having released nine albums (many containing their own, self-penned original material), five of which went to #1 in their native continent, selling millions of records world-wide and garnering 23 platinum awards, 70 Top 40 hits and five Top 10 hits. The group has opened for Celine Dion and Michael Jackson in Europe and Australia. Their chart-topping Motown tribute, Reach Out, went five-times-platinum, attracting the attention of famed songwriter Smokey Robinson, who recorded “Get Ready” with them and presented them in an exclusive booking at Las Vegas’ Imperial Palace, where they have played five and six nights a week to sold-out crowds for the past two and a half years.

Human Nature’s many accomplishments include performing the Australian national anthem at the Summer Olympic Games in Sydney in 2000, and performing on Oprah last summer, when the show was taped before thousands in Australia, but nothing beats making it in America, the home of not only Motown, but much of the music they are most passionate about.

“Our roots lie in American soul,” proclaims Andrew. “It’s the ultimate market for what we love. It feels like our options are endless. I’m looking forward to continuing our career, making great music, and playing our original songs.” Get ready… because here comes Human Nature.

Add Human Nature to my Shortlist