About Our Australian Recording Artists

Experience counts. When dealing with recording artists you usually have one shot at getting it right. Don’t put the success of your event in the hands of less experienced operators.

With 3+ decades of experience in managing the biggest names, our expert corporate entertainment consultants are clear industry leaders in presenting International and Australian recording artists for events. At Enhance, our deep industry contacts, knowledge and negotiating power ensures you receive the best possible price every time when booking an Australian recording artist.

Nathaniel might have tasted success in Australia but he’s a global citizen with global aspirations, and he intends to stay that way. Areas of speciality include Recording Artists. Born in Cape Town, Nathaniel’s parents moved to Melbourne when he was just six, and encouraged him to develop his natural gifts at an early age, and now he’s more determined, focused and hungry as ever.
Read More…

Paulini has been heralded as one of the finest vocalists and performers to come out of Australia. This Fijian born songstress was barely in her 20's as we watched her shine through the lens of the first series of Australian Idol and thrust into the spotlight as the competition reached fever like pitch. Making it through to the final four, she won the hearts of a nation with her angelic, five octave range, and engaging personality. Areas of speciality include Recording Artists. As an artist Paulini rose to prominence on the top of the Australian ARIA Charts in 2004 with her debut Platinum album “One Determined Heart” and her Platinum smash single “Angel Eyes”, both hitting the No. 1 spot (Angel Eyes remained at the top of the charts for 6 consecutive weeks). In fact, Paulini is one of only ten Australian female solo artists to have a #1 album.

Toni Childs is an Emmy Winner and three-time Grammy-nominated recording artist. Areas of speciality include Recording Artists. Nearly 25 years after exploding into our pop-rock consciousness with her critically acclaimed, platinum selling debut Union, two Grammy nominations (including one for Best New Artist) and an east coast tour with childhood idol Bob Dylan, singer-songwriter Toni Childs emerged a few years ago with a brilliant new album Keep The Faith and a message for our time.
Read More…

has video    has audio

Uncle Jed took the nation by storm with their spine-tingling performances on reality TV show Australia’s Got Talent. The trio went on to win the competition, propelling their album to #6 on the iTunes Charts and the audition videos receiving millions of YouTube hits. Areas of speciality include Recording Artists. Uncle Jed are the perfect choice of entertainment for your next event. They have both the ability to slip into the background, playing soulful chilled tunes as well as hitting the stage with a bang to get the dance floor stared. Whatever your vibe, Uncle Jed can cater.
Read More…

When eight-time ARIA nominated Vanessa Amorosi was just 4, she started dance classes. She took to performing like a duck to water, and it was obvious that Vanessa had a promising future. Areas of speciality include Recording Artists. Vanessa had the honour of opening the Sydney 2000 Olympics, performing “Heroes Live Forever” to nearly 4 billion viewers. She also took part in the Closing Ceremony singing ‘Absolutely Everybody’. The first single from her forthcoming album is “Kiss Your Mama”, in which Vanessa integrates rock and soul to create an edgier sound.
Read More…

It would be hard to find a voice that captures the mood of a song more perfectly than this on. It's the voice that soars with inspiration, soul and warmth. Areas of speciality include Recording Artists. The voice of course belongs to Australian singer Daryl Braithwaite. In a distinguished career spanning more than 30 years, Daryl Braithwaite is one of Australia’s award winning premier performers.
Read More… 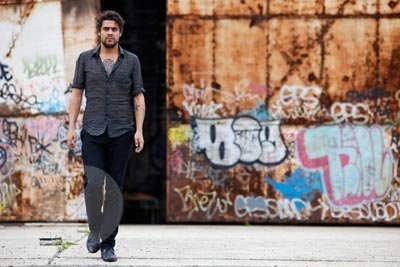 Dan Sultan plays a captivating, powerful live show with a potent onstage charisma that is rarely seen. His big band with a horn section, keys and blazing guitars have built up a solid reputation for their knock out live performances. Areas of speciality include Recording Artists. Dan has been a star on the rise for quite some time and has gone down to rave reviews for all of his performances including the Paul Kelly Tribute shows in November 2009. Dan’s latest album scored the very coveted album of the week on Triple J and lots of other feature spots on radio.
Read More…

For more than a dozen years Mondo Rock dispensed punchy, craftily professional, adult pop-rock. Areas of speciality include Recording Artists. Between 1977 and 1991 the Australian charts were enriched and enlivened by their sleek and proficient offerings. At the heart of Mondo Rocks chemistry were the exceptional songwriting talents of vocalist Ross Wilson and guitarist Eric McCusker who brought to the group diverse, but complementary ideas.
Read More…
Ross Wilson, Paul Christie, Eric McCusker, James Black

The electro-psychedelic project is led by Luke Steele, the enigmatic wunderkind behind Australia's The Sleepy Jackson. Areas of speciality include Recording Artists. Exotic, lavish, larger-than-life, Walking On A Dream is a bold, visionary and quite brilliant album, which manages to sound exhilaratingly contemporary, audaciously forward-looking, yet also curiously archaic all at once.
Read More…

Australia's dance troupe Justice Crew is proof that dreams can happen. From humble beginnings in Sydney's western suburbs, the nine-member outfit became one of 2010's hottest talking points when they won "Australia's Got Talent". With the series win, they collected the $250,000 victor's prize cheque and a contract with Sony Music. Areas of speciality include Recording Artists. “Winning the competition was like a dream come true,” explains Emmanuel “EMan” Rodriguez, the unofficial frontman of Justice Crew. “It was like a book which starts from where we came from, how Justice came together, how we entered the competition, and then winning the series. It was unreal that we made it so far. It just shows that if you work really hard, you’ll get there.” Taking out the competition is by no means the end of this story. The dancers split their windfall and have invested for the future – theirs and for other aspiring dancers.
Read More…
Lukas Bellesini ("Wildrok"), Paul Eric Merciadez ("Paulie"), John Len Ruela Pearce, Len John Ruela Pearce, Samson Cosray Smith ("Samson"), Solo Tohi ("Solo")