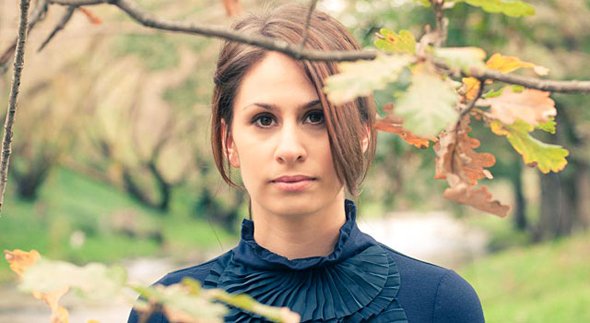 With Gossling’s boundless talent and that dreamy, startling voice, Harvest Of Gold marks the arrival of undoubtedly one of 2013’s best Australian releases. “Hopefully with this album the people who’ve only heard my singles will realise the extent of my songwriting,” says Helen, who signed to Dew Process in September 2012 following three acclaimed independent EPs: 2009 debut If You Can’t Whistle, 2010’s Until Then, and 2012’s Intentional Living. “I want listeners to stick with me as an artist, and enjoy the progression I’ve made.”

Music lovers are no strangers to Gossling’s mesmerising sound. There’s her cover of Ou Est Le Swimming Pool’s “Dance The Way I Feel” for triple j’’s Like A Version; a recent duet with Oh Mercy’s Alexander Gow for the Melodie Francaise compilation. TV fans of “Offspring” and “Gossip Girl” caught singles “Wild Love” (triple j’s #18 most played of 2012) and “Heart Killer” on their small screens. There’s guest appearances on “RockWiz’, slots at festivals such as Falls, Southbound, Peats Ridge, and West Coast Blues ‘n Roots. And, of course, her spotlight-stealing vocals on the 4x platinum hit single by ARIA-winning hip-hop artist 360, “Boys Like You”.

Determined to “get lonely and depressed” (the perfect fodder for writing a record), in spring 2012 Helen exiled herself to Tasmania, ready to create. Instead, she found herself tuning in daily to the non-adventures of “Big Brother” contestants. “I felt like they were my friends,” she laughs. Once back in the familiar surrounds of Melbourne, songs slowly began taking shape. Demos were recorded onto Logic, samplers switched on, and sonic inspiration found in records by artists such as Goldfrapp and Metronomy. “I didn’t really let myself get to a relief moment of, ‘Phew, I’m on the right path,'” Helen recalls of her process, “because I was worried that if I did that I’d stop trying. I really wanted to push myself until the very day I had to go into the studio – and even then I was still writing.”

“It’s something that’s really fun to me: composing all the instruments and fleshing out the parts,” says Helen of this record’s creation. “This record, I’m incredibly proud of it. I pinch myself regularly, realising it’s done, and wondering how the hell did I pull it off?” Heartfelt, diverse, and seriously enchanting, Gossling’s is the sound of a music artist fully coming into her own.