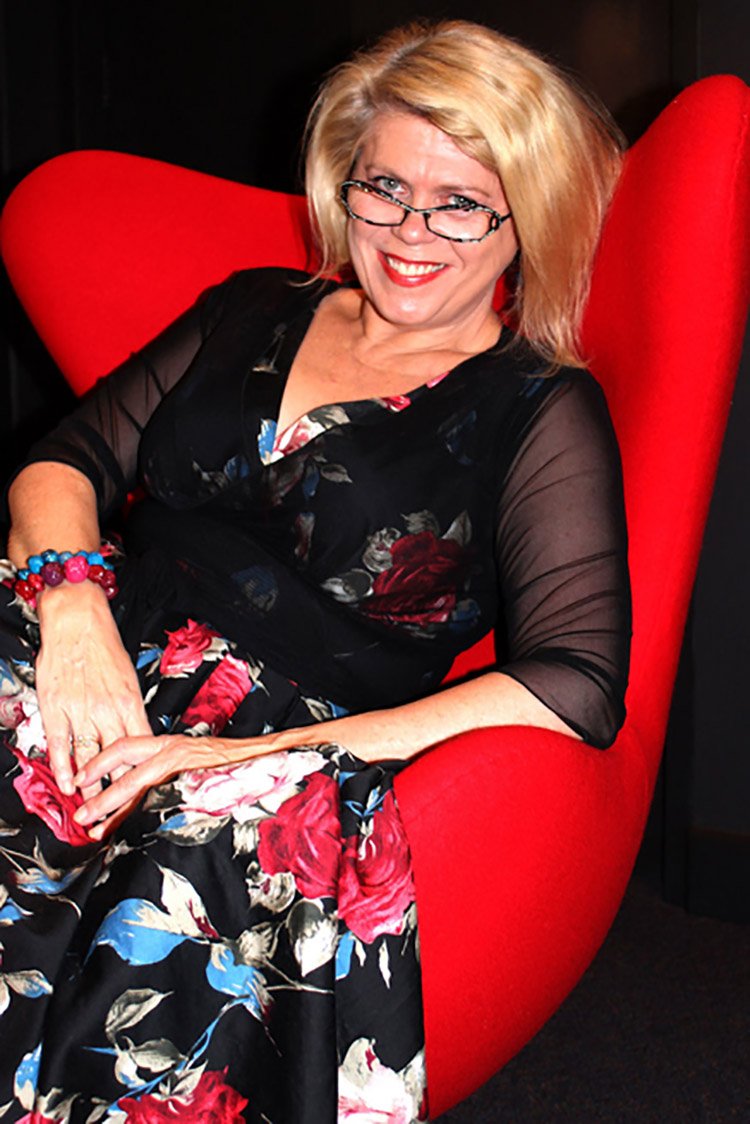 Along with over 30 years clinical experience Sally has also worked extensively in media for over 2 decades. She is a nationally known personality in television, radio and print. As a doctor she has extensive clinical and teaching experience.

An avid public speaker and writer, Sally’s media career began in 1990 when one of her patients asked her whether she might be part of a new radio show she was producing. Because of medical board recommendations she was not able to use her real name and so “Dr Feelgood” was born ! Her weekly health segment on the phenomenally successful 3AW breakfast program, Lawyers, Guns and Money continued for 2 years until, believe it or not, another patient suggested an opportunity for her own show, on another radio network.

From 1993, her 6 years as host of top rating national radio talk back sex and relationships program “Pillowtalk” on the Austereo Network gathered her a loyal following all over Australia due to her down to earth, practical advice on matters of the heart and body. To this day Pillowtalk is still remembered by many as providing them with much-needed information on matters of sex and relationships.

Sally also produced and hosted several radio specials for Austereo and 3AW. “Real talk about Heroin”, “the Study survival Guide” for HSC students and “The Truth about HRT”. The latter program was put together in three days in a response to the glut of confusing information about HRT and its risks which hit the media in July 2002. It drew unprecedented public interest.

Sally has hosted her own national Saturday night TV talk show with the Seven network in 1994 called “Dr Feelgood” and presented a weekly medical segment on Good Morning Australia with Bert Newton on Channel 10 for nine years. In 2001 she wrote and hosted her own TV series of 24 episodes called “Your Health with Dr Feelgood” and she has made guest appearances on many Australian TV shows including Beauty and the Beast and Battle of the Sexes.

In 1994 Sally’s book “Dr Feelgood’s thoughts on Sex and Relationships” was published. It reached the bestseller list. She has also written advice columns and articles for many national magazines including New Idea and New Woman. Sally currently writes the sealed section Q&A for the popular teen publication Girlfriend Magazine.

Sally returned to 3AW in 1998 to host her own talkback radio program Life Essentials each Sunday evening over and appear weekly as Medical Presenter on the top rating Neil Mitchell radio program. In 2002 she hosted a national weekend program and continued to produce and host health specials until in 2008 she was given a regular year round show on Sunday evenings “Talking Health” which continues today.

Throughout this time she has remained in active part-time General Practice in suburban Melbourne. Her practice is busy and diverse and keeps her in touch with issues facing the public. She has a strong commitment to undergraduate and postgraduate Medical Education. She has held a post as Senior Lecturer at Monash University Medical School where she taught communication skills to medical students and was part of the team that devised the communications curriculum for the medical school. She has also taught at Melbourne University and currently she is teaching medical students a course in Medical journalism at Monash. She has been also a supervisor for post-graduate specialty General Practice training. She is currently teaching medical journalism to medical students.

Sally has been a consultant to Parks Victoria in the development of their Healthy Parks Healthy People Initiative. This project won the coveted 2002 Banskia Foundation communication award and the 2001 Marketing Industry of Australia State Public Sector Award for Marketing Excellence. She has been the recipient of an MBF award for excellence in Health Journalism for Radio in 1996 and the Radio Industry’s prestigious “Raward” for Best Australian Radio Documentary in 1999.

As well as media and active General Practice she is also active in community affairs and charities – Sally is a past Chair of the Variety Club of Victoria, a committee member of Interplast and the Thomaiy Breast Cancer foundation. She has also been a member of Monash Medical Faculty Foundation and Chair of the community relations and Alumni committee.

Sally served as a member of the Committee of Management of Melbourne’s Metropolitan Ambulance Service for 6 years, and was also part of the 20 member Victorian State Ministerial Advisory Committee on Women’s Health. She has also been Chair of the National Communication Strategy Project Committee for Organ Donation. Sally was also on the Board of Vic Health and Arthritis Victoria and Chair of Family Planning Victoria. Sally was also MInisterial appointee to the Sexual Health Task Force and Mental Health Reform Council in Victoria.

In 2002 she has been appointed to the Patron’s Council of the Royal District Nursing Service and as a patron of the Southern Mental Health Association. She has been awarded Arthritis Victoria’s prestigious Lorin Prentice Award for outstanding contribution in raising public awareness of musculoskeletal disease. Sally is also a proud ambassador for the Lort Smith Animal Hospital.

In December 2001 she was appointed an Australia Day Ambassador by the Victorian Premier. She was one of 100 prominent Victorians who represented our State in promoting festivities on our National Day on January 26 2002. In 2010 Sally was inducted into the Victorian Women’s Honour Roll and also received Monash University’s Distinguished Alumni Service Award.

Sally’s aim is to debunk jargon, demystify medical matters and help people understand their body. She’s not afraid to tackle the delicate issues and approaches these with sensitivity and humour. Ignorance breeds fear and everyone deserves answers.

Sally is a sought-after public speaker who works to improve communication on both ends of the stethoscope! Sally is mum to Amy and her two dogs, Molly and Tink.