After 3 hit singles with the Rockmelons, Hines was signed to Mushroom Records and released her first solo single “It’s Alright” in 1995 and it became one of the year’s biggest hits in Australia charting at #4 on the Australian ARIA Singles Charts and winning an ARIA Award for “Breakthrough Artist – Single”. In January 2006, Dusty the musical hit the theatres nationally in Australia and ran until September grossing over $A20M at the box office, performing to over 400,000 people across 253 shows. 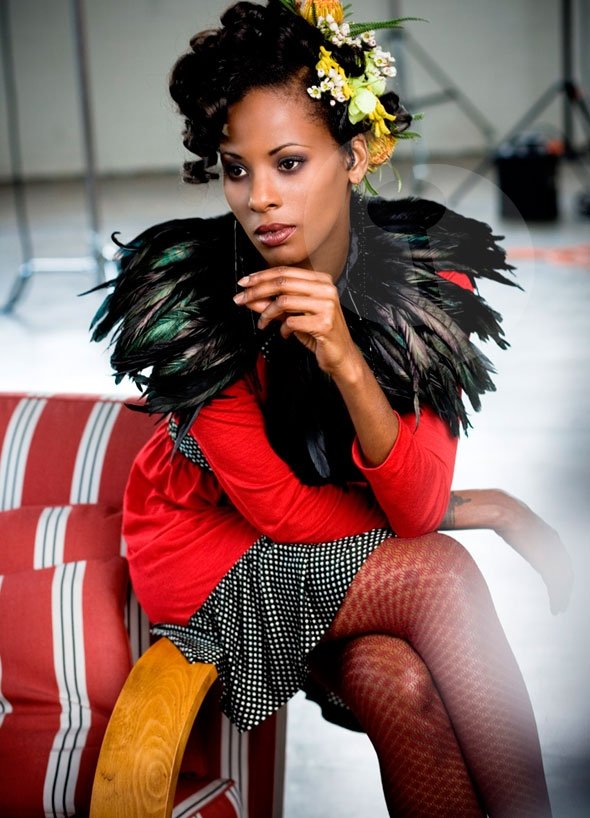 Deni was also nominated for a prestigious Helpmann Award for Best Supporting Actress in a musical.

Throughout 2008 and 2009 Deni was a regular guest on Channel 9’s successful program 20 to 1. Always one to speak her mind, Deni’s candid response to segments has drawn much praise from the public for being honest and true to herself and often saying what others think.

In January 2009, Deni and Christine Anu decided to do it all again but with another special purpose in mind. They recorded a cover of the Doobie Bros hit “Takin’ It To the Streets” to raise awareness for the Salvation Army’s Oasis Youth Appeal for the homeless. In addition they released a 2 hour live DVD of the same title and hit the road for another 3 month tour.

In May 2009, Deni was invited to perform in Papua New Guinea at Parliament House for the Orchid Society’s Operation Open Heart gala event. The 2 shows were a huge success and Deni was mobbed everywhere she went. A visit to the local hospital, a greeting by the tribal highlanders and welcome ceremony at a local village were also highlights of the trip. In October and November 2009, Deni featured as a special guest for select Women of Soul “A Tribute To Michael Jackson” shows around Sydney and NSW, alongside Casey Donovan, Prinnie Stevens and Madame Parker.

On the 2nd December 2009, Deni became the ambassador for the humanitarian charity Oasis Africa Australia launched by a gala event at the Water Bar in Sydney which raised over $100k for the cause. In January 2010 Deni went to Kibera, Kenya to see firsthand the on ground work done by the organisation, work with the children in the school as well as commence recording a new album inspired by and featuring some of the children from the Oasis Africa school and local musicians.