Delta Goodrem is a singer, songwriter, performer, pianist, actress and appears as a coach on the award winning talent show, The Voice Australia. At just 29, she is one of Australia’s most accomplished female performers of the last decade, having achieved multi-platinum-selling status, eight number one singles and three number one albums. 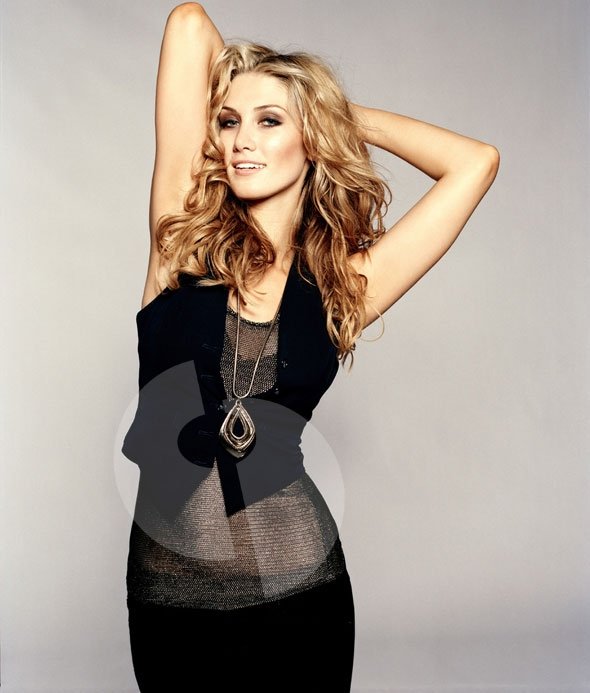 In 2011, Goodrem joined maestro Andrea Bocelli, the world’s most beloved tenor, as part of his US tour which was produced by David Foster. The tour with Maestro Bocelli extended to dates in Canada & Asia, singing such great songs as The Prayer and Canto Dello Terra to critical acclaim and forming a friendship and respect so deeply treasured.

Goodrem has graciously accepted Maestro Bocelli’s kind invitation to join him on stage as his special guest artist for the Australian and New Zealand dates as a part of the tenors worldwide concert tour.

In 2010, Delta was declared the ARIA Albums Artist of The Decade, having sold more albums than any other domestic or international artist over the last 10 years thanks to her hit albums Innocent Eyes, Mistaken Identity and Delta.

At the age of 15, Goodrem signed a record deal with Sony Music and began work on her first album. In 2003, her debut album Innocent Eyes became one of only a handful of albums to sell over a million copies in Australia. The album spent a record-breaking 29 weeks at #1 in Australia, won the Highest Selling Album award at the ARIAs two years running, and heralded a record seven awards for a female artist in one ARIA year.

Each of the album’s five singles made #1 in Australia, breaking a record held by Kylie Minogue and the Beatles. Innocent Eyes spawned three Top 10 singles in the UK. Her follow-up singles and albums spawned further #1 airplay and chart success, including a 2008 ARIA (Highest Selling Album for Delta) as well as holding the record for being honoured with 13 ARIA #1 Chart Awards. Goodrem’s worldwide sales now surpass six million units.

Goodrem is also an accomplished songwriter. In 2006, she performed a self-penned song, Together We Are One, at the opening ceremony of the Commonwealth Games in front of a worldwide audience of 1.5 billion. The inspirational song surfaced on American Idol in 2010. Another song penned by Goodrem, Days Go By, was a #1 hit in 2011 by Norwegian Idol Glenn Lyse, she has also collaborated on a song with hero Olivia Newton-John. Another one of Goodrem’s songs, Eyes on Me, was selected by Celine Dion for her latest album, Taking Chances. Goodrem more recently wrote I’m Not Ready, recorded with Michael Bolton for his album Gem’s (2011). She performed I’m Not Ready with Bolton as well as a powerful rendition of Natural Woman on the US Dancing With The Stars (in 2011) to over 21 million viewers.

Her resume not only includes television (Neighbours earned her a Logie Award for Most Popular New Talent) and the lead role in a movie (2005’s Hating Alison Ashley), but also a duet with Tony Bennett for his hit album, An American Dream. She has also recorded duets with LeAnn Rimes and Westlife.

2012 saw Delta grace Australian TV screens as a Coach on Nine Networks The Voice, along with fellow Coaches, Seal, Joel Madden and Keith Urban. Session One made TV history as the most watched Australian TV show in 2012 with a Grand Finale peaking at over 3 million viewers. Goodrem returned to The Voice for 2013 series with Ricky Martin, Joel Madden & Seal. 2014, Goodrem joined Mel B and The Madden Brothers for the inaugural session of The Voice Kids. Team Delta’s young star, Alexa Curtis was crowned the first winner in last month.

In 2012, Goodrem released her acclaimed fourth studio album as a music artist, Child Of The Universe in October selling over platinum sales and debuting at #2 on the ARIA Albums Chart. Child Of The Universe spawned the hit singles Sitting On Top Of The World (#2 ARIA Singles chart & over 3 x platinum sales) and the powerful platinum selling ballad Wish You Were Here. Delta took to the road with her sell-out tour An Evening With Delta – The Top Of My World Shows.

Delta is an avid member of the community supporting a number of charities and foundations across Australia and in other territories across the globe. In September 2010, Goodrem performed in Los Angeles at the Annual Stand up To Cancer event as a ‘survivor’, alongside Leona Lewis & Heart. Delta is the Patron for the Kinghorn St Vincents Campus Cancer Centre. In her role as Patron Delta supports the Garvan and St Vincents & Mater Hospitals to raise money and public awareness. Delta was honoured to officially open the new Kinghorn Cancer Centre in Darlinghurst in August 2012, a safe and compassionate environment that will bring together research and care under one roof. Delta is also a United Nations Ambassador for “The 1BillionHungry” Project and a Patron for McHappy Day. In 2014, Delta became an official Ambassador for the Starlight “Shine On” 25th Anniversary. Delta has had a long standing relationship with Starlight and understands first hand the benefits of such an important program for seriously ill children and their families. Today Delta continues to work privately and publicly with community aid.