Dannii Minogue continues her long-standing relationship with Seven Network by signing on for Series 6 of The X Factor Australia, 2015. In 2007 Dannii first stepped into the judging chair, launching Australia’s Got Talent where she completed 6 series, remaining as the only original judge on the panel during her tenure. Later that year, having proved to be enormously popular and a natural in the judge’s seat, Dannii was offered a role to judge and mentor on the UK’s highest rating television show, The X Factor. In 2010, four years later, alongside Simon Cowell, Louis Walsh and Cheryl Cole, Dannii decided it was to be her final series and certainly finished on a high. Her act won the million-pound recording contract, up against One Direction and Rebecca Ferguson, becoming “Team Minogue’s” second victory. Her final series of The X Factor UK remains the most successful with an incredible final audience peak of 19.4 million viewers. As a three-time winning judge, twice on The X Factor UK and in her first year in Australia in 2013, she is thrilled to join new judges and legendary performers Chris Isaak, James Blunt and we also see the return of Guy Sebastian. 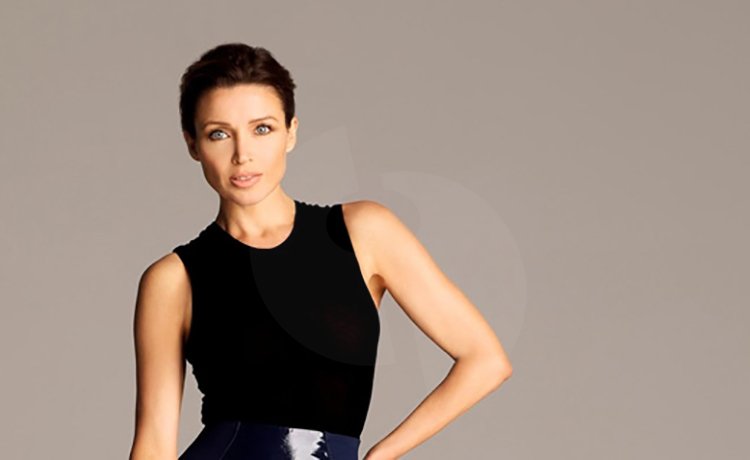 Earlier this year, Dannii announced that she would be making her long-awaited comeback to music at the 2015 Sydney Gay & Lesbian Mardi Gras Party. Dannii wowed thousands in a huge disco-mega-mix arena performance, under the creative direction of the world famous Squared Division team. This year, Dannii celebrates 25 years since her very first single release as an Australian music artist, ‘Love & Kisses.’ She recorded a new song as a celebratory anthem for Mardi Gras and is back with this new track ‘Summer of Love’, featuring hot new UK rapper Reece Robertson, and has just reached the #1 position in the UK Club Charts. Her signature form of cutting edge remixes also provide new sounds with three remixes by As I Am, Seamus Haji and Rich B & Phil Marriot. The undisputable ‘Queen of Clubs’ has achieved 14 #1 UK Club Chart hits and holds the record for the most amount of consecutive #1’s in the UK Upfront Club Charts.

With Dannii’s television judging roles on Australian and UK television taking up much of her career space for the most part of the last decade, she has been overwhelmingly embraced by her audiences. As Dannii is always at the forefront in regard to social media, and passionate about authentically engaging with her fans, she has become a leading influencer, showing this with her 1.2 million twitter followers, over 480,000 Facebook fans and more than 185,000 current followers on Instagram.

In 2014, Dannii was thrilled to announce her new design venture, ‘Dannii Minogue for Target’. She launched her Petites Collection to a wonderful response at Virgin Australia Melbourne Fashion Festival in March 2014 and her Petites range continues to successfully build with Target. This Petites Collection is designed around solutions for the petite women who struggle to find clothing that tailors to their body shape. The collection is now available in approximately 130 Target stores and building across the country as well as online, and is available for shipping to the UK. Having just completed her 2 nd VAMFF runway, Dannii Minogue for Target featured her Petites Collection and an extension of her brand including shoes and handbags to an incredible response, matched by continuing record breaking sales. This year the focus and commitment from Target is to continue the growth of Petites Collection and extend her brand across Target Women’s Wear. 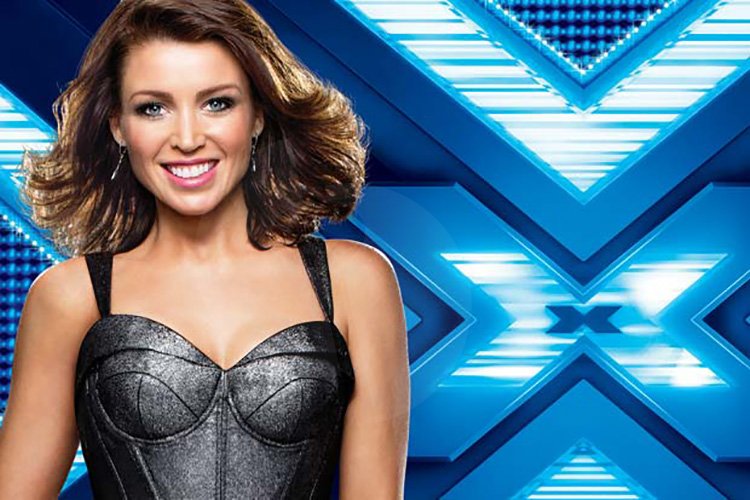 As a global Ambassador for one of the world’s leading airlines, Etihad Airways™, Dannii last year unveiled to the world Etihad’s new product and service offering on its Airbus A380 and Boeing B787 Dreamliner aircraft. This includes The Residence by Etihad™, the world’s most luxurious living space in the air, available only on the airline’s award winning A380 aircraft launched with Nicole Kidman featuring in their advertising this year.

Dannii has been an entertainer since the age of seven, performing professionally for over thirty years. It is due to her outstanding international career and major contribution to the entertainment industry that Dannii was awarded the honorary degree – Doctorate of Media from Southampton Solent University for her services to the entertainment industry over the last 34 years – at a special ceremony on board the HQS Wellington.

In 2013, Dannii joined the on-screen team on Britain & Ireland’s Next Top Model for Sky Living in the UK. She was thrilled to work with Elle Macpherson and Tyson Beckford for Season 9 of the worldwide phenomenon. Again, able to demonstrate her skill and passion at mentoring in a whole new genre. Sky Living hailed this as the biggest shake-up of the UK show ever, and ratings were the highest the series had ever achieved.

Having been embraced by the UK, Dannii was thrilled to have been a part of the British institution Marks and Spencer nationwide advertising campaigns during 2010, 2011 and 2012; alongside one of her fashion idols, Twiggy.

Following Dannii’s appearance on ITV1’s Piers’ Morgan Life Stories in 2009, her autobiography, My Story was published by Simon & Schuster. Personal, contemplative and passionate, it marked a brave and exciting phase for both artist and audience, with sales exceeding 300,000 copies in the UK alone.

In September 2011, following her best-selling autobiography, Dannii expanded her writing portfolio with a second published book My Style, a 250-page fashion bible.

Being selected as one of Vogue’s Top 3 most stylish women in the world in 2011 cemented Dannii’s reputation and expertise as a worldwide fashion icon. Dannii’s fashion label Project D London (2010-2013), grabbed world-wide attention and was acclaimed for its high-profile fans including Kate Middleton, Pippa Middleton, Elizabeth Hurley and her sister Kylie Minogue. Dannii has dedicated much of her time these past few years to the fashion industry and was honoured to be the Ambassador for Melbourne Spring Fashion Week 2011.

Very few experience the success and longevity in the entertainment industry that Dannii Minogue has. Dannii first rose to prominence in the early 80’s in two iconic Australian television drama series; Skyways and The Sullivan’s. She later became a house-hold-name for her six-year role in the weekly Saturday night prime-time variety show Young Talent Time, the Australian equivalent of Disney’s Mickey Mouse Club. This was Dannii’s first foray into fashion world, when she signed a deal to design her own fashion range for Kmart at the age of 16, as it turned out designing came natural to Dannii and the first range sold out in a record breaking 10 days. Dannii continued to star in Australian network dramas before joining the internationally successful soap opera Home and Away, where she played the rebellious Emma Jackson throughout 1989 and 1990. Other acting credits include the feature film Secrets (1992) opposite Shine’s Noah Taylor, and UK short film, The Porter (2005) with Max Beesley and Brian Ferry.

With her background in live family entertainment TV, some of Dannii’s favourite career moments are hosting ITV1’s prime-time special Ultimate Movie Toons (2010), hosting UK television primitime special for ITV1 ‘Boyzone at 20: No Matter What’ (2013), presenting The Lion King special for Disney (1995) and hosting the UK Nickelodeon Kids Choice Awards (2008). So impressed was the President of Nickelodeon U.S, Cyma Zarghami, that she requested Dannii lecture with her at a members only event at the British Academy of Film & Television Arts (BAFTA).

As one of Australia’s biggest female exports, Dannii is no stranger to the music charts. In 1990 the then pop starlet released her debut Top 10 single and album Love and Kisses. A string of Top 10 chart hits followed internationally including Jump To The Beat, This Is It, Put The Needle On It, I Begin To Wonder and You Won’t Forget About Me. Dannii proudly holds the music title Queen of the Clubs after scoring a record-breaking 14 Number One dance singles in the UK; more consecutive than any other female artist in the world. This achievement began in 1997 with the Xenomania chart-topper All I Wanna Do. The dance music hits continued with the international hit Who Do You Love Now? in 2001. Madonna then sealed Dannii’s place at the top with Don’t Wanna Lose This Groove in 2003, granting sampling permission (for the first time) with a bootleg of Into The Groove and Don’t Wanna Lose This Feeling. Dannii’s music has earned her more than 200 weeks, virtually four years, on the official UK sales chart, selling in excess of seven million records worldwide. In 2013, Warner Music Australia released This is It: The Very Best Of, a collection of singles spanning the past 23 years. It also featured a new track ‘Cos You’re Beautiful, co-written by one of Dannii’s The X Factor UK contestants, Ruth Lorenzo, and the previously unreleased duet with her sister Kylie, The Winner Takes It All. With music being such a passion for all of her career, Dannii decided to go back into the studio late last year to record one of her favourite Disney movie songs, ‘That’s How You Know’, for Universal’s Australian artists release of the album We Love Disney – released for Christmas 2014. Her most recent single ‘Summer of Love’ being celebrated having recently scored Dannii her 14th #1 Club Chart hit.

From cutting individual and iconic sounds for our dance-floors, Dannii sliced up British radio by creating her own music show called Neon Nights for London’s Capital Radio Group in 2003. Her radio show was the first to ever be sold by the radio network internationally. She has also guest co-hosted on Kyle & Jackie O’s Breakfast Show and guest hosts with Fifi Box.
Dannii’s theatre and musical roles include her all-time favourite movie character ‘Rizzo’ in Australia’s production of Grease – The Arena Spectacular, playing to more than 450,000. Next came the role of Lady Macbeth in a special outdoors adaptation of Macbeth for the Edinburgh Festival. Another triumph saw Dannii play leading role ‘Esmeralda’ for five sell-out months in Notre Dame De Paris at London’s prestigious Dominion Theatre. It was here that Dannii picked up the award for ‘Best Stage Performance,’ playing to a 2,000 strong audience, seven times a week.

Outside the world of showbiz, Dannii is an ambassador for the Olivia Newton-John Cancer and Wellness Centre, in Australia, and patron of the CVQO – an educational charity that provides opportunities for cadet organisations to gain internationally recognised vocational qualifications in the UK.