Add Dale Vine to my Shortlist

Since first making his way onto our screens with The Block in 2012, Dale Vine has managed to win hearts across Australia with his lovable larrikin charm and DIY expertise. 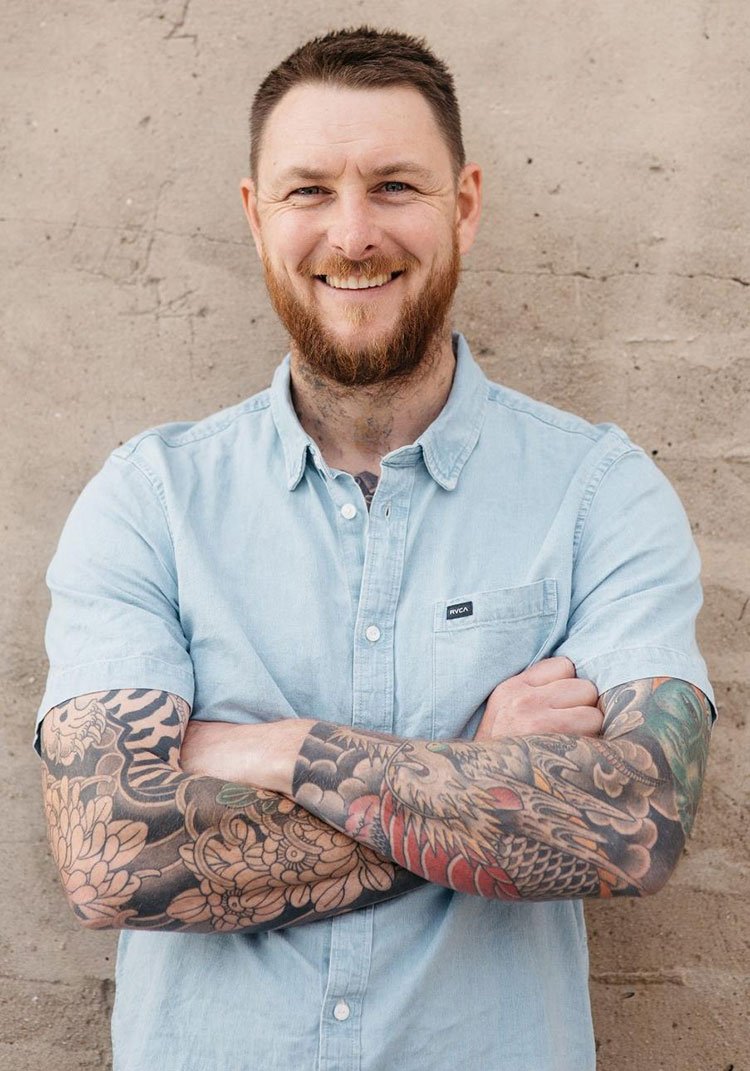 Hailing from Geelong in Melbourne’s south-west, landscaper Dale Vine made his TV debut on the Nine Network’s award-winning reality show, The Block, for its fifth season. 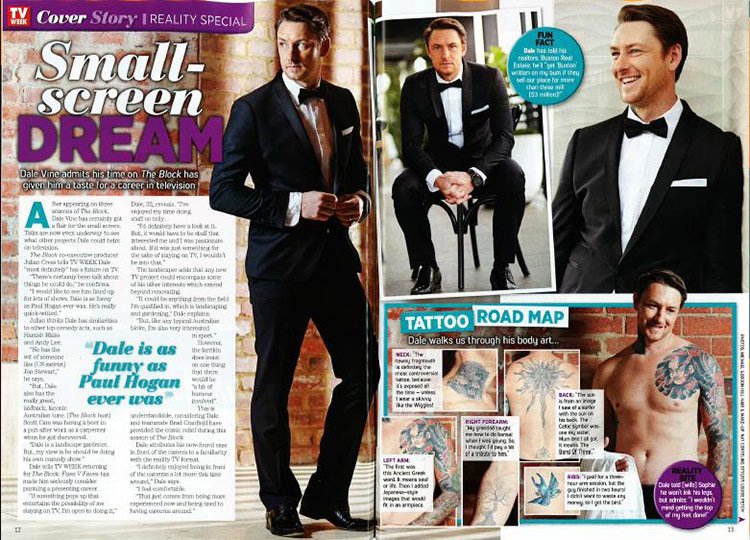 Competing alongside his wife, Sophie, Dale instantly won over audiences with his laid-back personality and undeniable charm—not to mention his wealth of home reno knowledge. Tackling one challenging renovation after another, Dale and Sophie made it all the way to the series grand finale, taking out 4th place with their 1.3-million-dollar home.

Considering Dale’s success, it’s no surprise he was invited to return to The Block site the following year for The Block: All Stars, in 2013. In 2014, Dale returned again for The Block’s Fans vs Faves series, where he was paired with his good mate Brad Cranfield. Once again, Dale made it all the way to the series finale, sharing with audiences more of his jovial character and sharp wit through his own Block news parody, Dale-e News. 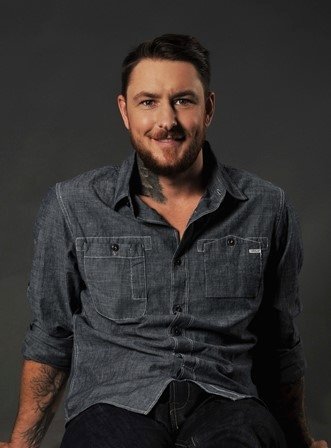 Having spent then two years on Aussie screens, it was clear Dale was a natural performer and a serious hit with his viewers! Following his return to our screens in Fans vs Faves, Dale received unprecedented media coverage in the press, with TV Week featuring Dale on their cover, under the heading: ‘Our new TV superstar?’. Similarly, Men’s Style magazine named Dale in their annual Men of Influence 2014 list, whilst all the major news outlets—both online and print—have featured interviews with Dale. Prior to this, Dale was also a regular columnist for Bauer Magazines as the resident gardening guru in Homes Plus magazine.

Later in 2014, Dale appeared as a regular panellist on the Nine Network’s GO! on the TV show ManSpace, while also making appearances on both Postcards and Getaway. In 2015 Dale appeared on Nine’s Reno Rumble and filmed Season 2 of ManSpace.

Add Dale Vine to my Shortlist