Beginning in Adelaide in 1973, it wasn’t until 1975 that Cold Chisel consolidated into its definitive line-up. The first two albums, Cold Chisel and Breakfast at Sweethearts presented the live classics “Khe Sanh”, “Home and Broken Hearted”, “One Long Day”, “Merry-Go-Round”, “Shipping Steel”, “Breakfast at Sweethearts” and “Goodbye (Astrid Goodbye)”. With accumulated album sales of almost 7 million and an unquenchable demand for tickets whenever they tour, the Australian public continues to reaffirm its deep connection with the inimitable Cold Chisel.

Cold Chisel moved to Sydney via Melbourne in 1976. Impassioned hard rock covers got the band gigs while Don Walker developed original songs. Don zeroed in on the hopes, fears, anger and alienation, as well as the humour, of the working and student under-classes. Appreciative Cold Chisel armies formed. They followed the band from venue to venue, appearing just before Cold Chisel played and leaving directly afterwards.

In late 1977, WEA (now Warner Music) signed the band to a modest contract, just in case there was a hit record somewhere in the mayhem.

The 1980 Top 10 single, “Cheap Wine”, previewed the album East, where all band members contributed songs. East peaked at #2 then stayed in the Top 10 for 26 weeks and in the chart for a record 63 weeks. “Choirgirl”, “Cheap Wine”, “Star Hotel”, “Rising Sun”, “Standing on the Outside” and “Four Walls” became embedded into our national identity. The double live Swingshift hit #1 in 1981. Two months later the band toured America. Live performances rattled headliners including Joe Walsh and Cheap Trick but East went missing from the charts before the band arrived and it never returned.

Back in Australia, the band recorded Circus Animals, which was led-out by Barnes’ vehement “You Got Nothing I Want”. Walker’s songwriting advanced into the compelling, spleen-venting rock of “Taipan”, “Houndog” and “Letter to Alan”. The melodic uplift of Prestwich’s “Forever Now” and “When the War is Over” and Moss’ “Bow River” became radio staples. “Forever Now” made #4, Cold Chisel’s only Top 5 single.

1983 began with a triumphant headlining performance at the Narara Music Festival before a jubilant crowd of 30,000. But by August the band had begun to splinter, with Prestwich the first to go and tensions between the other members reaching breaking point. Cold Chisel decided it was ‘time gentlemen please’ and recalled Prestwich to complete a final album and for a 26-date arena tour, The Last Stand.

Jimmy Barnes hit the ground running with 1984’s Bodyswerve, the first of eight consecutive #1 albums, while Walker, Moss, Prestwich and Small took time to reaffirm themselves. In 1989, Don Walker formed Catfish and released Unlimited Address while Ian Moss debuted #1 with the album Matchbook, the majority of songs written by Walker. Steve Prestwich joined Little River Band for a period and developed his songwriting.

Phil Small forsook music for family life. But radio and record buyers kept Cold Chisel as present tense and ultimately the band decided to work together again in 1995. In 1998, after traversing many speed humps a new album, The Last Wave of Summer, debuted #1 with 100,000 presales. The title track, “Yakuza Girls”, “Way Down” and “Things I Love in You” stood tall next to the band’s earlier work.

The triumphant Last Wave arena tour drew 150,000. Lingering disputes within the band were resolved in 2003/4 by 16 Ringside shows that exhilarated band and audiences. “It’s been fun darlings,” said Barnes, “Let’s do it again sometime.” One-off performances followed: In 2005, Cold Chisel headlined the Melbourne benefit for Boxing Day tsunami victims. In December 2009, Cold Chisel played to 50,000 at the Sydney V8 Supercars event and in October 2010 the band headlined the Deni Ute Muster to a record-breaking crowd of 25,000. 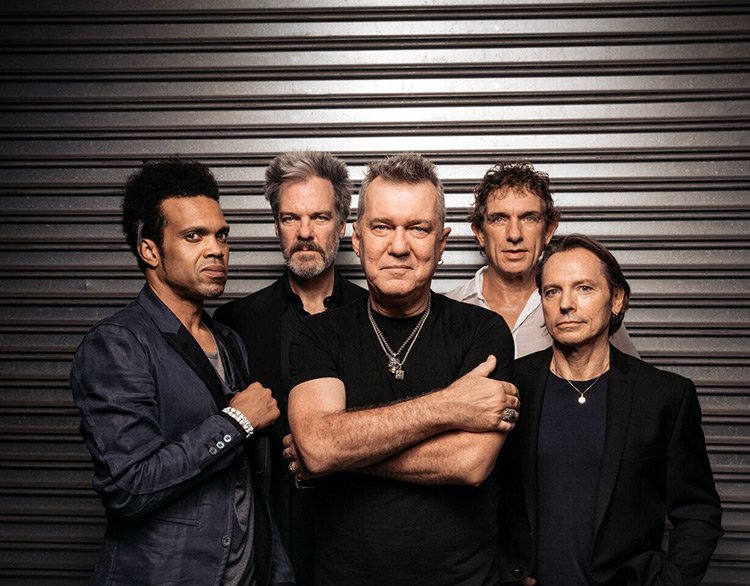 In 2010 Jimmy Barnes, Ian Moss, Don Walker, Steve Prestwich and Phil Small got together secretly and wrote and recorded a handful of songs and realised that the magic was there. With plans to continue performing and recording, the band was gutted in January 2011 when drummer Steve Prestwich passed away suddenly as a result of complications from a brain tumour. With Steve’s performances and some of his songs captured on tape, the band ultimately felt compelled to continue with the plans they had begun. Recording continued through May and June with drummer Charley Drayton.

In July 2011, the band rolled out the biggest archival release in Australian music history, remastering all of their extensive catalogue and unearthing 56 new or rare live and studio recordings. It was the first time ever that the band had released their music digitally and it saw 8 of their albums hit the ARIA Top 100 Albums chart and numerous songs hit the singles chart. In a strange twist of fate, almost 35 years after it was first released “Khe Sanh” hit the Australian Top 40 for the first time!

Cold Chisel then announced their most extensive tour in 30 years and when tickets for the Light The Nitro tour were released in early August, the band was overwhelmed by the massive public reaction, selling over 170,000 tickets in the first day and ultimately going on to sell over 325,000 tickets across Australia and New Zealand.

But the stats were just the background… when the band stepped onstage for the first of the shows of the Light The Nitro tour the music did the talking. Across the country, the tour was met with unanimous raves reviews from the critics and the public alike. Meanwhile their compilation album, “The Best of Cold Chisel – All For You”, which featured 2 of their new recordings, debuted at #2 on the national ARIA Albums chart and is now officially triple platinum.

In April 2012 Cold Chisel released its 7th studio album, No Plans, which was the album they started recording in 2010, and it features the last recorded performances of Steve Prestwich. No Plans was universally hailed by the critics and debuted at # 1 on the ARIA Australian Albums Chart and the iTunes album chart and immediately went gold. The band played four special shows around the release of the album, including headlining the 2012 Bluesfest festival in Byron Bay (the first Australian band to do so) and an intimate, one-night-only show at Sydney’s Hordern Pavilion. In an Australian first, the Hordern Pavilion show was broadcast live to over 100 cinemas around Australia.

In late 2013, Cold Chisel announced that after 35 years of working with Warner Music they were establishing their own label, Cold Chisel Music, with distribution by Universal Music Australia. Cold Chisel Music now releases all of the band’s existing catalogue of music, concert films and any new recordings. The first new release was The Live Tapes – Vol 1 – Live at the Hordern, documenting on film and audio the band’s blistering Hordern Pavilion show in April 2012 (subsequent releases Live Tapes – Vol 2 – Live At Bombay Rock 1979 was released in 2014 and Live Tapes – Vol 3 – Live at the Manly Vale Hotel, 1980 was released in late 2016).

In January 2013 the band was honoured by Australia Post as part of the Australian Legend stamp series – the second time an Australian stamp has featured Cold Chisel. In November 2014 Cold Chisel’s ‘Khe Sanh’ was added to the National Film and Sound Archive’s Sounds of Australia registry of historically, culturally and aesthetically significant sound recordings.

In March 2015, Cold Chisel returned to Adelaide, where it all began for them 40 years earlier, and played a special one-off show as part of the Clipsal 500, attracting a record Clipsal crowd of 35,000+ for their blistering performance. The band also entered the studio across February and March to begin work on their 8th studio album. The resulting album, The Perfect Crime, was released in October 2015 and debuted at # 1 on the ARIA Top 100 Australia Albums Chart. Receiving huge critical acclaim, the album was immediately certified Gold.

In May 2015, Cold Chisel announced two special shows under the banner The ‘Last Stand’ of Sydney’s Entertainment Centre, to mark the closing of the iconic Sydney venue in December 2015. Referencing its legendary 1983 Last Stand tour, the announcement captured the fascination and excitement of music fans across the country – selling all 20,000 tickets within minutes.

So overwhelming was the demand for these shows that the band responded by announcing its One Night Stand national tour, which had 18 stops across Australia and New Zealand, concluding at Sydney’s Entertainment Centre in December with three shows that literally brought the house down.

At the APRA Awards in April 2016, Cold Chisel received the prestigious Ted Albert Award for Outstanding Services to Australian Music. And Don Walker’s acceptance speech said it all so much better than any words.

On June 23, 2017 Cold Chisel announced two special shows, one in Newcastle at the inaugural Newcastle 500 Supercar race on Saturday November 25 and the other at the Derwent Entertainment Centre on Thursday November 23. This marks the band’s first shows in these cities since the Light The Nitro tour in 2011.