Inspiration for greening your own events

Sustainable event management is more than a passing trend. It’s here to stay, and greener event practice is fast becoming the standard. Discover how events industry leaders in Australia and around the world are minimising their carbon footprint in the countdown to the 6 most sustainable events on the planet.

How events industry leaders around the world are minimising their carbon footprint: 6 Most Sustainable Events on the Planet. Click To Tweet

The world-famous Oktoberfest in Munich is a true pioneer in sustainable large-scale events. events. Recognition of their waste-reduction efforts more than two decades ago came with an Environmental Oscar award in 1997. Oktoberfest has continued to lead the way in green events, which is no mean feat considering the 6 6 million visitors who enjoy more than 8 million+ litres of Bavarian beer and sausages galore.

How Oktoberfest Leads the Green Way

Oktoberfest followed in the earth-friendly footsteps of the City of Munich, which banned the use of disposable tableware in 1991. It’s estimated to have reduced waste by 90%. Not to mention so many less trucks rumbling up the Autostradas to take all the garbage away. It’s immensely satisfying to know what a difference we can make with such a simple step.

Oktoberfest sources organic produce to feed the millions of beer enthusiasts. Meat, chicken and sausages abound, and going organic is far kinder to the planet.

As one might imagine, there are giant power requirements for a massive festival that uses multiple marquees as big as football ovals. Oktoberfest has used green energy to power all public areas of the festival – think lighting and toilets – for almost two decades.

The water used to wash all those plates and beer glasses is repurposed for flushing the multitude of toilets. Clearly it takes a huge amount of pressure off fresh water, one of Earth’s most precious resources.

London’s bid for the 2012 Olympic Games inspired the development of the internationally recognised ISO 20121 sustainability standard for events. The ISO 20121 provides a structured, systematic approach to reduce the carbon footprint such large events as the Olympics and Paralympics, and can be adapted for any size or type of event.

How London 2012 Greened the Games

The London 2012 Olympics and Paralympics were a ‘test-case’ for ISO 20121. The team came up with 5 key themes for the Games: climate change, waste, biodiversity, inclusion and healthy living.

They achieved the first zero-waste-to-landfill Olympic Games by:

Importantly, the London 2012 Games were used to demonstrate the economic benefits of sustainable event practices. It was communicated widely, inspiring event managers around the world to rethink how they might reduce the impact of their own events.

Glasgow 2014 was the first Commonwealth Games to achieve ISO 20121 for event sustainability. The organising committee planned right from the start how to minimise environmental impact, emphasising the reduction and offsetting of greenhouse gas emissions.

Byron Bay is known for its relaxed, eco-friendly vibe. It’s only natural that the organisers of popular annual event Byron Bluesfest would commit to environmental sustainability, earning them six international A Greener Festival Awards since 2007.

Waste management and recycling is taken very seriously, and is reviewed every year to assess results and look for future improvement. Carbon footprint reduction tactics include:

Providing 4 tonnes of organic waste to a local pig farmer
Another local farmer took 500L of leftover cooking oils which he recycles into bio-oil to fuel his machinery
Landfill sent to a green energy plant and converted to Methane gas, which is then used to power 10,000 homes in Ipswich (QLD).
Measuring and comparing year-on-year recycling efforts

The festival shares its site with koalas, and Bluesfest organisers take a lot of care to protect the furry native animals in their natural environment.

Yes, I know. We’re talking about sustainable events in action, but we simply couldn’t bypass a special mention for the fabulously clean, green and inspiring city of Munich!

Munich is regarded a global leader in environmental sustainability. It has shown the world what is possible for sustainable event management by implementing earth-friendly infrastructure that enables massive achievements like Oktoberfest.

Disposable tableware is BANNED
Munich Airport has a new terminal with energy efficient heating, cooling, lighting, people moving, with a goal to reduce carbon emissions by 40%
The Zero Energy Hotel in Munich provides clean and green lodgings
Messe Munich is the only convention centre with its own geothermal plant, along with massive solar panels and clever use of rainwater

The Sydney Festival attracts more than 650,000 visitors to performances at 30+ venues across the city. Organisers recognise their responsibility to keep environmental impact to a minimum, and have a vision to be the most sustainable major performing arts festival in Australia.

Transporting festival artists and audience is the biggest contributor of greenhouse gas emissions. It’s minimised by:

All efforts are made to avoid landfill

Planning carefully to purchase only what is needed
Storing and reusing foods
Buying from local suppliers, preferably with sustainability practices in place
Choosing sustainably sourced products and organic where possible

Community benefit is an important part of sustainable event management:

Sydney Festival plans for the health, wellbeing and access for all participants, including workplace health and safety
Sydney Festival acknowledges the traditional landowners and their responsibility to protect the land and environment


The Sydney Festival committee actively measures the impact of its sustainability efforts each year to identify more ways to reduce the carbon footprint in future.

Although the events showcased here are larger scale, many of the principles and practices used are adaptable to events of any size. Producing your own sustainable events is a work in progress, and green pioneers like Oktoberfest are constantly working to make improvements.

Start small, and take it from there. Engage colleagues, suppliers and guests to start thinking about environmental impact and watch your green-ness grow. 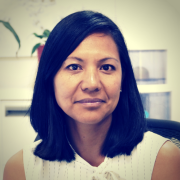 From managing a Tokyo restaurant to establishing a catering business, the customer has always been at the heart of Josephine’s career. Jo’s high-level communication skills, broad experience and caring manner are the perfect match for your event projects. She handles all details of contracts, invoicing and briefing, freeing up your valuable time and assuring your event will be a huge success.