I don’t want to start this post by dissing lawyers.

The poor souls attract enough heat already – enough to warm the marble-tiled swimming pools in their waterfront estates. So I’ll let someone else do it:

Some of the best-loved comedians on the planet are law graduates. Ironic, given lawyers have been fodder for comedy since the fifteenth century:

Diogenes took a lantern and said he was going in search of an honest lawyer. “How’s it going?” he was asked the following day. “Not too bad,” Diogenes replied. “I still have my lantern.

Source: Jokes of the Philosopher’s Table (best-selling Latin book from the 1470s)

So forthwith, I will attempt to explain:

Why is law school the perfect place to start a comedy career?

Getting through law school is no walk in the park – it takes hard work, a thick skin and dogged perseverance. The 3am study sessions, nerve-wracking exams and risk being cut down to size by peers in mock trials (or the front lobby), they all take their toll.

The pay's rubbish, but the perks are terrible! What's the deal with lawyers becoming comedians? Click To Tweet

When you think about it, comedy is just as cut-throat. They have to always re-write material, survive the inevitable flop performances and harsh critics, hecklers and yes, occasional boos, all while quashing those niggles of self-doubt into a small black ball in the pit of their stomach.

A comedian’s neck is always on the line in the world of comedy until they get their big break.

Then stuff gets real. When you’re a lawyer you get to enjoy lots of perks. Like this stylish hair apparel.

A Grisham novel it is not

Welcome to the young lawyer’s dilema. Once she gets into a law firm and the real world, she works mega hours on inane and repetitive tasks. Somewhere inside there’s a little comedian jumping up and down, crying to be heard.

She yearns to do more of the fun stuff. To use her brain creatively. After all, she’s acquired a taste for the limelight in University Revues, just like John Cleese did at the Cambridge Footlights Dramatic Club.

It’s usually about now the disillusioned lawyer takes a leap into comedy. Then pray for a soft landing.

Ditching law for comedy might seem a bit like jumping out of the frying pan into the fire. Why trade in a tough career in law for a gig that may not pay enough for a week’s rent?

Question: How many lawyer jokes are there?
Answer: Just three. All the rest are true.

Just like lawyers, comedians are a pretty clever bunch. Our intrepid team compared the tricks – erm, I mean skills, of the typical lawyer versus the typical comedian.

Our results show them to be rather similar in this pretty chart I made*. You’re welcome.

Disclaimer: *p is probably > than 0.05 which means the results may or may not be statistically significant. Like any half-decent comedian, I don’t want cold hard facts to get in the way of a good story.

But it’s true – some of the biggest names in Oz comedy today started out in the backroom of a law office, trawling through 3000+ page documents:

Libbi Gorr aka Elle McFeast did Law at University of Melbourne, as did Logie and AFI winner Steve Vizard during his career as comedian/ writer/ producer/ talk-show guy. 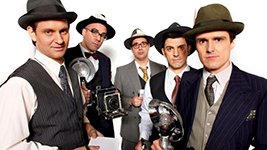 A couple of lawyers who’ve made the bold move into comedy of late – a great choice for corporate events – are: 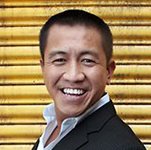 Anh Do uses his rich and varied life experiences to create and customise material for corporate audiences. No wonder he’s one of Australia’s most fascinating and multi-talented comedians! 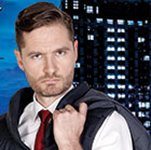 Plenty of Aussie comedy’s rising stars are law grads! You can check them out at the 2017 Sydney and Melbourne International Comedy Festivals:

Josh Glanc‘s debut show ’99 SCHNITZELS’ was a cult smash hit last year. It sold out Melbourne Comedy Festival and saw Glanc labelled one of comedy’s most exciting “emerging talents” by The Age.

Alice Fraser – after touring the world to sold out seasons and universal critical acclaim with her 2015 and 2016 festival shows, Alice is back in Australia with a brand-new hour of reliably silly, unpredictably meaningful, narratively unorthodox and artful comedy.

James Smith had a killer set on CONAN (watch it here). His Jokes for the Comedy Central Roast of Justin Bieber were published in Time & People Magazines. He’s a favourite at the Comedy Cellar in New York and he has appeared numerous times at the Just For Laughs Festival in Montreal. It’s no wonder the events industry has an infatuation with law-medians. They’re witty, great with words, persuasive and adaptable. This is great news for event managers!

Law-median: a comedian who gave up lucrative law career to survive on late-night kebabs. Click To Tweet

Law-medians will happily change material to suit your audience: they’ll tone down language where necessary, even adapt content so your message gets across with full impact. Why should your event miss out on the benefits of laughter, or your audience miss out on the joys of great comedy?

While any speaker bureau worth their salt will recommend a comedian to fit your audience, it’s good event management practice to understand the thinking behind the scenes.

There’s no shortage of talented comedians who’ve crossed over from the ‘dark side.’ It’s great news for event managers looking for their next knock-the-audience-socks-off entertainer! More, please!