Add Ben Murphy to my Shortlist 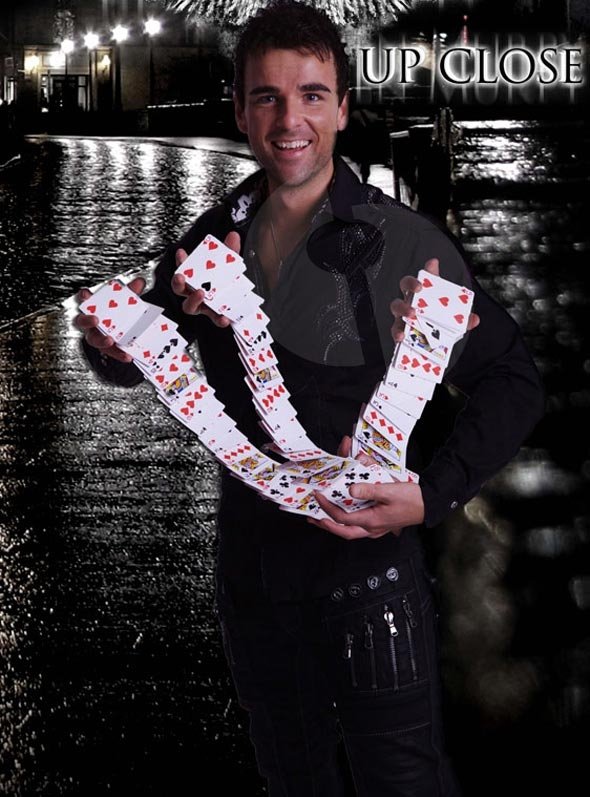 The Water Torture Cell featured in the immensely popular production “The Magic of Ben Murphy – MYSTIQUE” in the USA which and sold out 300 shows, making Ben the only Australian magician to have had a full run in the US!

Ben’s shows feature several Australian and Asian exclusive illusions and magical effects, also some of the worlds most exciting and dangerous stunts, they are befit of casinos and high profile clients and charity balls. After spending the show on the edge of their seats, audiences are repeatedly brought to their feet in ovation for what is possibly Australia’s biggest and most impressive “Illusion and Magic Experience”. Ben Murphy also has shows available for any occasion-large or small, young or old, indoors or outdoors.

He has awed and amazed hundreds of thousands of excited audience members in over 2000 shows world wide – from New York to New Zealand. Being a true professional, Ben has never missed a show-making him highly reliable.

Ben Murphy also works wonders for special one off publicity events- such as being “Buried Alive” along with other heart pounding demonstrations. Some other scenarios include Ben being handcuffed and tied to the tracks of a high speed rollercoaster while managing to get out of harms way, just as the coaster rushes past. Even have him hanging inside a box filled with explosives in the middle of a sports stadium only to have the box go up in flames with Ben impossibly appearing safely in a helicopter flying above – the possibilities are endless.

Add Ben Murphy to my Shortlist