Add Ash London to my Shortlist 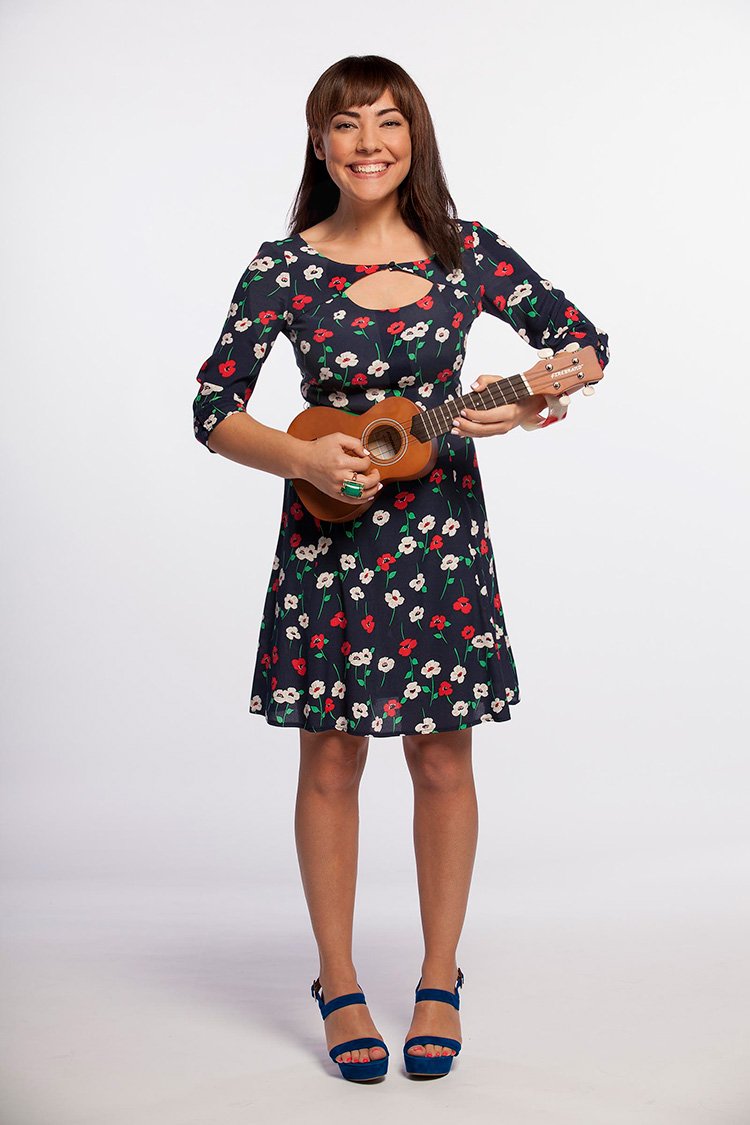 She had a presenting role on Channel 11’s weekly music show, The Loop until April 2015, and was heard across the country on the Austereo Network as the Co-Host of Take 40 Australia – Australia’s longest running chart show.

You may have also seen Ash on The Project, heard her voice on the radio, or read one of her hundreds of artist interviews. While Ash keeps busy as a TV & Radio host; her hobbies include napping, eating, baking and thinking about maybe going for a run at some point in the future.

As a child Ash dreamed of one day being old enough to meet, and subsequently marry Ricky Martin. It soon became apparent that nuptials were not possible, and it was time to find a new dream. Life can be cruel sometimes! Initially starting her career writing for music radio, Ash lists some of her favourite music memories as dancing to Joy Division with The Wombats, discussing colonics with MGMT, and enjoying the world’s most awkward piggy back from Ed Sheeran. She also once voiced a condom commercial – which didn’t go down too well at family dinner.

Before all this silliness came about, Ash was out seeing the world, living it large on London’s eastside and sneaking into some of the world’s greatest gigs. It was there that she came to a huge realisation – she would actually die if she did not have a job that revolved around music. Luckily, 2012 saw her beat out over 1200 applicants and snag the role as co-host of eleven’s weekly music show ‘The Loop’.

Ash is also a proud ambassador for Headspace, championing the cause of youth mental health on screens and in schools around Australia. The future is bright and Ash is feeling hopeful that a) this is just the beginning, and b) Ricky Martin will one day start loving women. Either way, she’ll be ready and waiting.

Add Ash London to my Shortlist